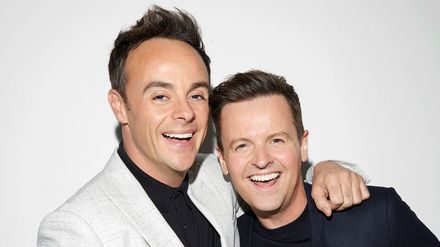 Ant and Dec one of the UK’s all-time favourite duos celebrates their 30th anniversary of being on the telly together. From being presenters and popstars to being hosts of and creating their own TV shows. They have had various successful opportunities in showbiz and entertainment industry, the work that they have created has won them numerous awards over the years.

The pair announced on an Instagram video post that they will be releasing a book to mark their 30th anniversary on the telly called Once Upon a Tyne.

Before they made the big announcement in their Instagram video, the duo joked around with playing the game charades to involve fans in guessing what their big secret was. In the caption of their post, it read: ‘  “A bit of news from our lockdowns to yours… this year we’ll have been working together for 30 years (blimey!) and we’re writing a book to mark the anniversary.’

Once Upon a Tyne will feature a variety of stories throughout their 30 years on telly including the time when they were pop sensations in the 90s, to when they created campaigns like ‘Britain Get Talking’ or when they teamed up with Guide Dogs. Ant and Dec have made numerous memories which they will talk about in their book.

The exciting new book will be published on the 3rd of September, so why not take a trip down memory lane with Ant and Dec and pre-order their book by clicking here.

What do you think about the 30th-anniversary book Once Upon a Tyne? Let us know your thoughts via Twitter @CelebMix