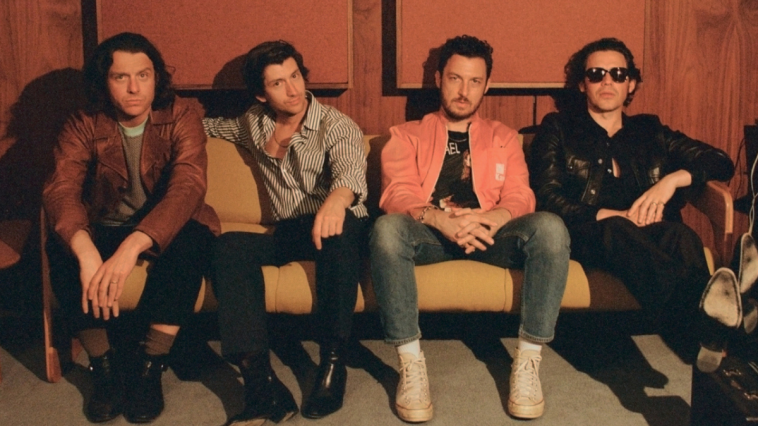 The globally acclaimed rock band Arctic Monkeys have announced the release of their first album in four years, The Car, out on October 21st. The Sheffield band will release the 10-track-long record on Friday, October 21 via Domino. You can pre-order/pre-save it here.

Just over a year ago, we discovered the band had been writing and recording new music in Suffolk. Alex Turner wrote and recorded, and James Ford produced the forthcoming album. The British rock band record the album at Butley Priory in Suffolk, La Frette in Paris, and RAK Studios in London.

With each new single and album release, Arctic Monkeys have exhibited their sheer talent, innovation, fierce experimentation, and exuded confidence. They became who they are today thanks to their extraordinary creativity, scintillating lyricism, and psychedelic beats.

The Car is a follow-up to Arctic Monkeys’ 2018 album, Tranquility Base Hotel + Casino. Back in May, Matt Helders said that ‘The Car’ “picks up where [their previous album ‘Tranquility Base Hotel & Casino’] left off musically.” A press release describes the album as Arctic Monkeys “running wild in a new and sumptuous musical landscape,” adding that it “contains some of the richest and most rewarding vocal performances of Alex Turner’s career.”

The album will feature 10 tracks including the new song “I Ain’t Quite Where I Think I Am,” which Arctic Monkeys debuted live during their performance at the Zurich OpenAir festival in Switzerland on August 23. Other song titles include “There’d Better Be A Mirrorball,” “Sculptures Of Anything Goes,” “Jet Skis On The Moat,” “Body Paint,” and “Mr. Schwartz,”

Check out the full tracklist below:

The Car will also be available on standard LP, CD, cassette, and digitally. Pre-order the album here.

Are you ready to let Arctic Monkeys’ richness and sparkling music engulf you and sweep you off your feet?