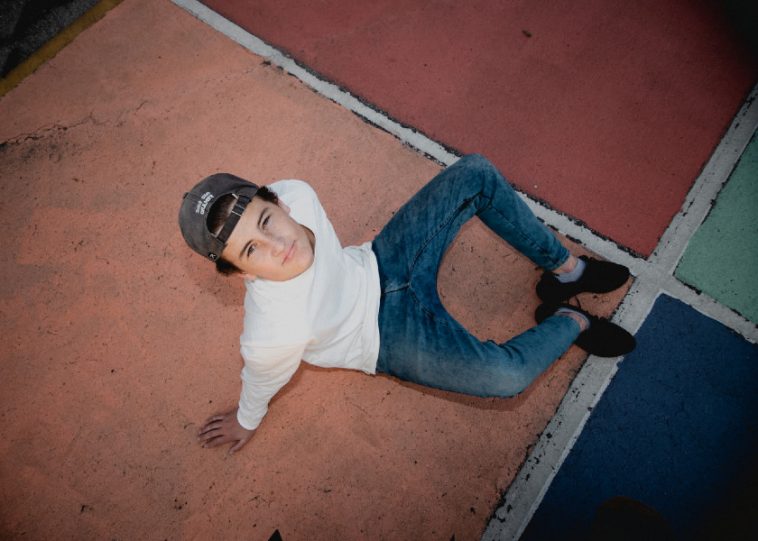 Los Angeles-based indie artist Arden Jones unveiled the music video for “Parallel Parking,” not long ago, and is now releasing a new track, “Roll the Dice.” Both songs dropped via Arden’s label vnclm_, and were produced by F E R R O.

On his new track, “Roll the Dice,” Arden delivers a buoyant song about believing in yourself and being willing to take a chance despite what everyone else says and thinks – being different is cool.

Speaking to “Roll the Dice,” Arden shares, “I hope this song inspires people to stay and experience the thrill that comes with facing fears and insecurities.”

Only 19 years old, Arden grew up immersed in music, listening to beaucoup hip-hop. Later, as the frontman for a number of bands, he began developing his unique sound, followed by recording his music. Arriving in Los Angeles to attend college, he soon signed a management deal and dropped out to focus on music.

“Parallel Parking” opens on a thumping rhythm topped by alt-pop flavors blended with hip-hop-lite textures. Arden’s melodic-rapping flow infuses the lyrics with the thrill of new love, giving the tune an optimistic mood.

“Her smile could light up the city / I don’t care about weather because you are the view / Drive from the Bay down to LA to find a Best hotel / And book us a dinner for two.”

“Roll the Dice” rolls out on strident, trumpeting tones riding a measured hip-hop beat as gleaming, oozing washes of sound spool out overhead. Infused with a rich, undulating flow, Arden delivers the lyrics with pressing persuasion, at once fresh and stylish.

“I told her roll the dice, rock with me, I’ll keep you by my side / We’re on a roll tonight, quarter to three and hope is in her eyes / She really smiles like an angel, and she shinin’ like the sun / Doesn’t matter where we go, when I’m with you we’re having fun.”

Together, “Parallel Parking” and “Roll the Dice” parade the à la mode flair of merging indie-pop dynamics with the muscle of hip-hop, as well as the notable flow of Arden Jones.