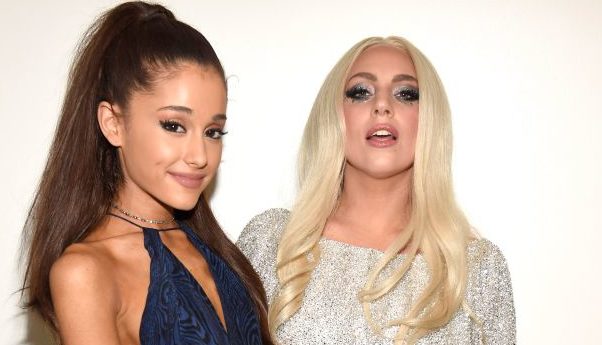 April 22nd, Ariana Grande announced that she will be featuring in a duet on Lady Gaga’s forthcoming album, “Chromatica.” This will be the first thing Grande has done in a while since the ending of her Sweetener/Thank U, Next tour in December 2019.

Grande will be featured on the fourth track of the album titled “Rain on Me.” The song will be the first duet for the pair and we are excited! Speculation of this collaboration began in March when Ariana Grande posted a photo for Gaga’s birthday on Instagram of the two posing together. Lady Gaga encouraged this speculation when she said that she would have a duet with another female artist who has experienced trauma in the public eye. Fans assumed that the duo would be in the works of creating a song for “Chromatica” and today their beliefs were confirmed!

Here is the photo of the two that started it all!

The album was originally planned to be released on April 10 but Gaga made the decision to delay the release and has yet to announce a new date. Pushing back the debut was a choice made due to the conditions of the pandemic happening now around the world. This will be her sixth album and include her lead single “Stupid Love,” as well as other tracks featuring artists such as Blackpink and Sir Elton John. In total, she will be releasing 16 new tracks and the Target edition will include three more bonus tracks, as well as a remix of “Stupid Love.”

Gaga has been hard at work in the recent months between getting her album ready and being the creative director and curator for One World: Together at Home, which was a live concert that brought together many artists from all over in support of raising money in aid against COVID-19.

Let us know how excited you are on Twitter using @Celebmix!

I am a communications student with a focus in journalism! My dream job one day would be to work somewhere in the entertainment business and hopefully have something to do with the media! :)