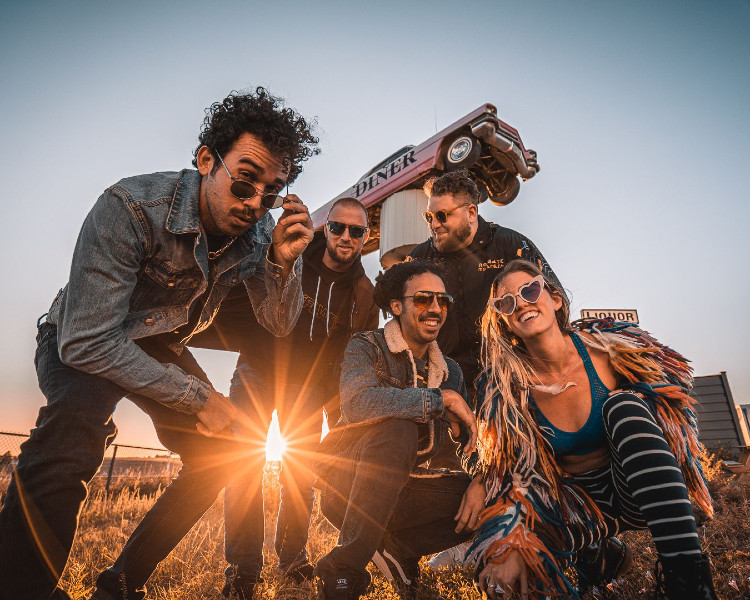 Explaining the song, lead singer Logan Rex says, “We all know the ‘friends with benefits’ thing rarely works but it doesn’t stop us from trying. ‘Dissolve’ is a brutal ode to a failed situationship. Sometimes the only thing working between two people is the sex. The narrator drops this bomb on her lover while 808s boom behind her to support the point. There’s no future here, it all dissolved.”

Made up of Chris Montague (guitar), Fabian Acuña (bass), Christopher Cope (keyboards), Adam Kampf (drums), and Logan Rex (vocals), Artikal Sound System was formed in 2012. Once all the parts were in place, the band achieved a sound greater than the sum of its parts, a sound at once raw, nuanced, and vibrant.

Produced by Danny Kalb, the album was recorded at Chris Montague’s home studio, Oceanside Audio, in Boynton Beach, Florida, and at Dean Fishback’s studio, Seven Hills, in Lauderhill, Florida. On her part, Logan Rex laid down the vocals at White Star Studio, near Charlottesville, Virginia.

“Dissolve” travels on silky-smooth layers of reggae-rock savors as Logan’s voluptuous voice infuses the lyrics with sensuous timbres of seduction. There’s a bewitching exotic inflection to her vocals that simmers and lingers. A syncopated rhythm and tasty, skiffing keyboards give the melody creamy undulations.

Artikal Sound System has it going on! Luxurious reggae-rock topped by one of music’s premier voices makes “Dissolve” an alluring hit.