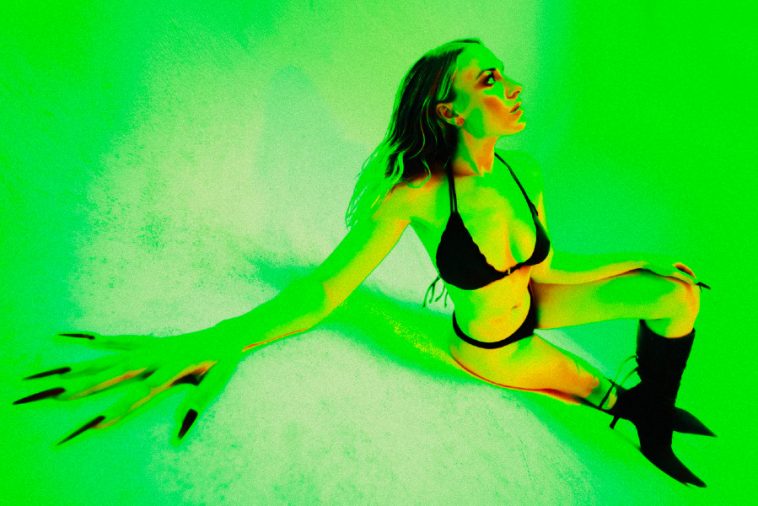 Singer-songwriter and producer Anjelica releases the visuals for “Haystack,” with RMR,

Talking about how the two teamed up, Anjelica shares, “I remember first meeting RMR at my birthday party, he asked me if there was going to be any featured artists on my releases and I jokingly replied, ‘maybe you.’  A few weeks later we ended up getting in the studio together and recorded ‘Haystack.’”

The only child of a single mother, Anjelica was raised with new age philosophy and esoteric beliefs. When her mother passed away suddenly, Anjelica underwent a health crisis – she woke up unable to speak or sing. The condition continued for months, and the doctors couldn’t diagnose the problem. Finally, she was informed it might be permanent.

Rather than succumb to the enigma, Anjelica decided to heal herself, spending months isolated in a remote location – employing meditation, past-life recall, psychedelics, and plant medicines. She began receiving messages from deceased ancestors, angels, and extraterrestrial beings, as well as having out-of-body experiences.

Slowly, her voice came back, although it was different than before, more expressive, and potent. Doctors called her recovery “spontaneous regeneration,” increasing her belief in the divine.

This encounter caused her to change from singer-songwriter to producer. Even though she had no production experience, she utilizes a creative process she describes as “100% intuitive.”

The feel and flow of “Haystack” are purely erogenous, oozing silky-smooth layers of R&B. As poshly swanky as the music is, the highlight of the song is the opulent voices of RMR and Anjelica.