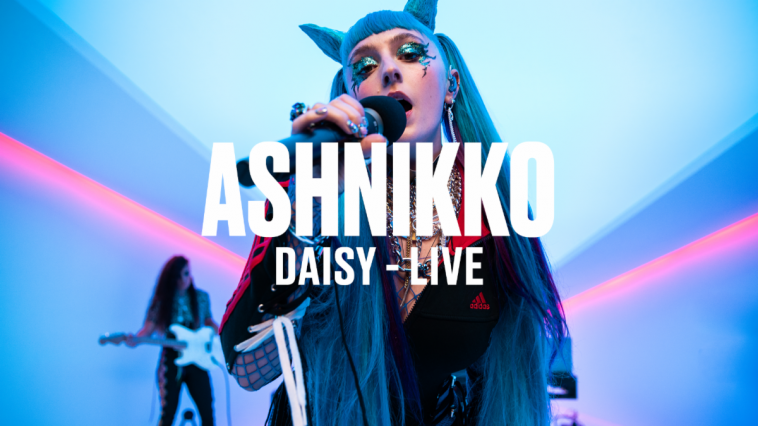 London-based/American-born rapper, Ashnikko, recently released two live performances, “Daisy” and “Deal With It”, off of her new mixtape Demidevil, as part of Vevo DSCVR! The series focuses on the development of emerging artists, through performance content and careful curation, and Ashnikko is definitely one to watch recently.

She has made an impact on the world with her twist on hip-hop and electronic pop music, along with her stunning anime and video game-influenced persona/style.

It’s no surprise that her taste in music is so unique, because she has said that her parents raised her on country music and Slipknot. That alone is such a cool mix of music! Listening exclusively to female artists until she was 17, Ashnikko was influenced by all of the proud feminist and sex-positive female artists, which is the type of music she wants to release for her fans.

As soon as Ashnikko turned 18, she moved to London and spent her nights wandering nightclubs and open mics in order to get her name out there in her community. In 2017 she released a digital EP, followed by her two EP’s in 2019 for Unlikeable and Hi, It’s Me. It was the Hi, It’s Me EP that took things off for her though, which featured “Stupid” ft. Yung Baby Tate.

With her debut mixtape Demidevil (2021) already getting in the Top 20 on The UK’s Official Albums Chart, we can’t wait to see where else Ashnikko’s musical journey leads to.

Check out the live performance of “Daisy” and “Deal With It” below:

Did you enjoy these performances?