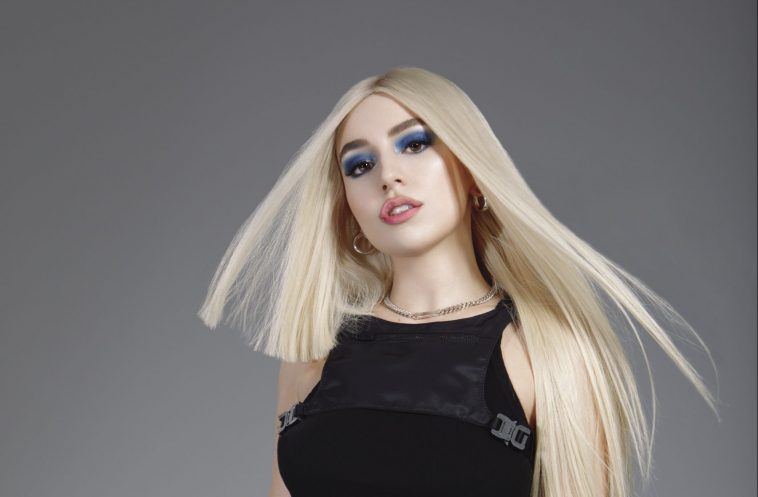 Written by Ava along with Noonie Bao, Madison Love, Måns Wredenberg and producers Cirkut and Lotus IV, ‘Who’s Laughing Now’ is a defiant anthem which sticks a middle finger up to those who have crossed or doubted the singer. Laced with Ava’s trademark sound, the infectious track is packed with relatable lyrics which will resonate with anyone who’s ever felt undermined by others.

‘Who’s Laughing Now’ also comes with a music video, which was directed by Isaac Rentz (Katy Perry, Mabel, Nick Jonas). A follow up to the ‘Kings & Queens’ visual which gave us Side A: Heaven, ‘Who’s Laughing Now’ takes us to Side B: Hell and sees the songstress trashing an office after being fired, wrecking revenge on an ex and feeling frustrated in a psych ward.

Serving feisty choreography and plenty of incredible looks, Ava once again pulls off a dramatic and theatrical visual which perfectly encapsulates the message of the song. Whilst we love heavenly Ava, we also cannot get enough of the hellish version!

Along with the release of a new single, Ava also announced that Heaven & Hell will be released on September 18. Sharing the artwork, which features a mirrored image of the singer with blonde and orange hair, she said that she has been “dreaming of this day for so long”. Heaven & Hell is available to pre-order now.

‘Who’s Laughing Now’ and the announcement of Heaven & Hell follows on from three UK top 20 singles, ‘Kings & Queens’, ‘So Am I’, and the multi-platinum number one hit ‘Sweet But Psycho’. There is certainly no stopping Ava Max and with her debut album just weeks away from being released, we have no doubt that her stratospheric rise as one of pop’s most exciting new talents will continue for the foreseeable.

Are you excited for more new music from Ava Max? Let us know on Twitter @CelebMix