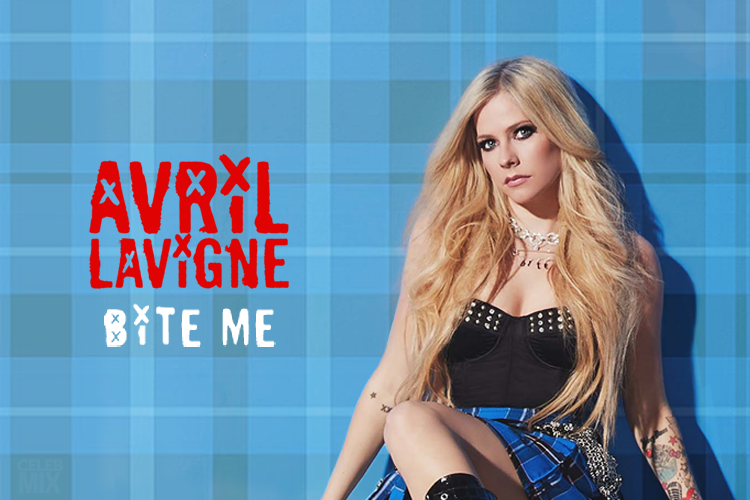 With a fierce and fast-paced new single, Avril Lavigne is keeping her name on the tip of everyone’s tongues for all of the right reasons. ‘Bite Me’ is a brash and brilliant break-up anthem!

At its essence, ‘Bite Me’ is about standing up for yourself when you’re being treated wrong in a relationship. Sometimes people don’t realise they’ve lost someone special until they’re gone. Avril co-wrote the upbeat and upfront song with John Feldmann, MOD SUN, Marshmello and Omer Fedi.

Following the release of her new single, Avril Lavigne excitedly took to social media and posted the following message: “‘Bite Me’ is out everywhere now. I’m so fucking excited to be releasing new music. I had so much fun making this record. This is just a taste of what’s to come.“

‘Bite Me’ is available here on all digital platforms. The catchy track, which has been released via Travis Barker’s label DTA Records, serves as the first single from Avril’s forthcoming seventh album. We can’t wait to hear her new record when it drops next year.

To promote her new single, Avril recently delivered an epic performance on The Late Late Show with James Corden and she has also launched new merchandise. Make sure you head over to her official website to grab your very own ‘Bite Me’ t-shirts and hoodies.

With the ‘Bite Me’ music video set to premiere later today and a new album on the way next year, it’s certainly a great time to be an Avril Lavigne fan. The Canadian superstar will also be heading out on her much-anticipated European tour next year to perform some of her new tracks and greatest hits.

Are you loving ‘Bite Me’ by Avril Lavigne as much as us? Will you be attending one of her live shows next year? Let us know over on Twitter @CelebMix!