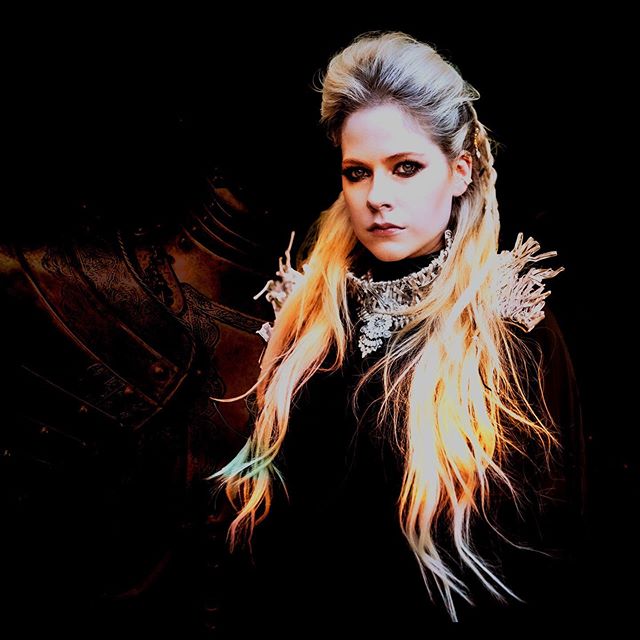 This is one of our favourite tracks from her most recent album, Head Above Water, and now Avril Lavigne has announced “Warrior” as her next single. She has revealed in an Instagram post that it will be a charity single with all net proceeds going to Project Hope. This release follows up the re-release of the single “Head Above Water” which featured We The Kings.

Originally, the song is about her fight with Lyme Disease, which took years, and we imagine it’s still a battle to deal with every day of her life. Many other stars have also revealed that they have Lyme Disease, most recently, fellow Canadian singer, Justin Bieber. “Warrior” has become a very personal and emotional song for Avril Lavigne’s fans, and it’s an honest, raw, and passionate track, that leaves listeners feeling every single word.

In our album review, we said of the song: “Avril closes her sixth album with a stunning song of survival. She won’t bow, she won’t break, she’s not afraid to do whatever it takes. ‘Warrior’ is an empowering anthem about overcoming adversities in life and we can imagine it being sung in stadiums across the world. It features beautiful similes. Like the title track ‘Head Above Water’, it was inspired by Avril’s battle with Lyme Disease.”

In the Instagram post, she said: “Ever since our world was turned upside down a few weeks ago I’ve seen everyday people put on their armor and go into battle. Simple tasks like delivering mail has become a heroic effort.

“Overnight everyone was asked to battle.

“I wanted to get involved and contribute so I got to work in the studio and I want to dedicate this to all of you. I re-recorded Warrior to reflect our current world and all the amazing heroic things you’re all doing. To all the hospital workers, postal service people, grocery store workers, police and firemen, every single one of you who has had their world shaken. This is for you.

“In addition, I’m going to be donating the net proceeds of this song to Project Hope, an incredible organization that is on the front lines keeping doctors and medical staff safe all over the world.

“The full song will be released this Friday so click the link in my bio to pre save it so you’re ready to go when it comes out. Starting tomorrow you can also get involved and donate by heading over to charitystars.com/Warriors

“Thank you all for everything you’re doing. I want you to know I see you and I support you.

In a previous post, posted on 19 April 2020, Avril Lavigne called for fans to send in videos or pictures to honour loved ones who are “Warriors”, people who are on the frontlines, who are still working during these times. We believe this will be for the official music video of the song. This isn’t the first time Avril Lavigne has called on her fans to send in images and videos for an official video, she previously did this years ago for the lyric videos to the songs “Here’s To Never Growing Up” and “Rock N Roll”.

Don’t miss Avril Lavigne releasing her new single “Warrior”, which she re-recorded to reflect what we’re all going through at this very moment, this Friday. All net proceeds will be going to Project Hope. In recent news, a few months ago, Avril Lavigne had to cancel her European and Asian legs of her Head Above Water Tour due to the COVID-19 outbreak.

Let us know your thoughts on Avril Lavigne’s decision to re-record “Warrior” for a charity single on Twitter @CelebMix.