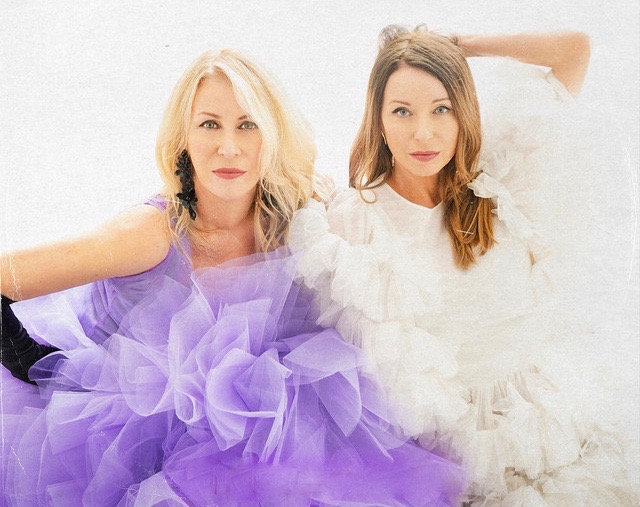 As they continue to celebrate 40 glorious years in music, British pop icons Bananarama this week release their brand new single, ‘Masquerade’ – the title track of the duo’s upcoming 12th studio album, which is set to drop Friday, July 22nd.

Described as being “a pulsating slice of club pop”, the ultra sophisticated track sees the ladies reunite with producer Ian Masterson (with whom they previously worked with on 2019’s ‘In Stereo’ and 2009’s ‘Viva’) and lyrically tap into societies growing awareness of identity, to produce a electronica/dance inspired bop that looks set to go down a storm with fans both old and new.

Commenting on the singles message, Sara Dallin says in a press release: “When I was in lockdown there were a lot of conversations happening to do with  inclusivity, diversity and gender and racial equality. So I had this idea of ‘masquerade’ – how you present yourself in different ways depending on the situation, but really, you just want people to be able to live how they want to live. It’s a song we’re really very proud of.”

Listen to ‘Masquerade’ below:

To celebrate the launch of their new album, Bananarama (Sara Dallin and Keren Woodward) will play two special shows this summer at London Lafayette on August 3rd and 4th. Tickets for both dates are on sale now from aegpresents.co.uk

Let us know your thoughts on Bananarama over on Twitter @CelebMix now!