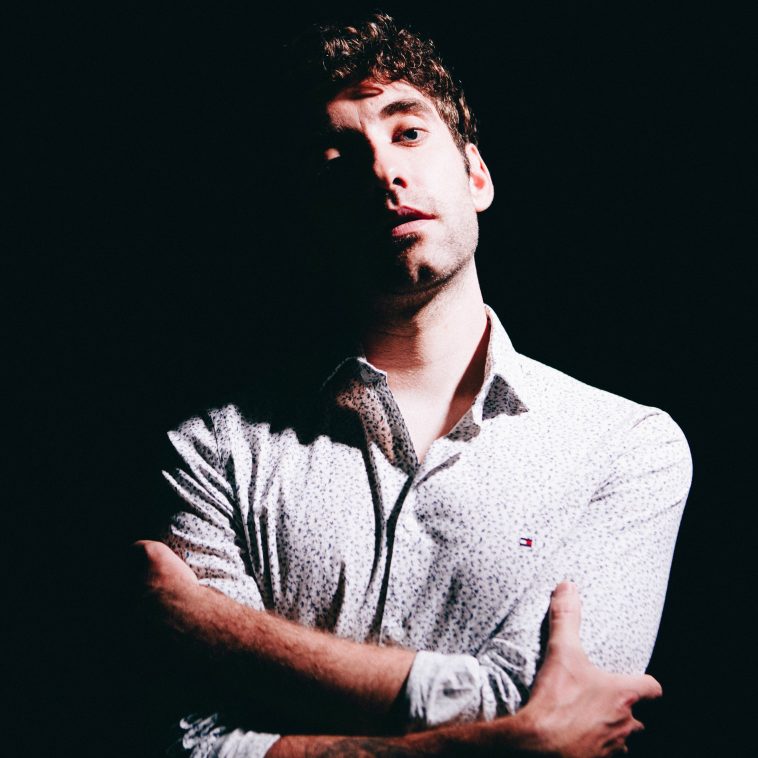 Just released is the brand new six-track EP, titled “I Wish I Was Flawless, I’m Not”, by BANNERS. The EP is the accumulation of the empowerment this singer-songwriter feels after struggling during the pandemic and taking it out on himself, and now he has realised that self-love is beyond important. This EP follows up the single “Easy” which was the fourth single to be release from this collection of tracks.

BANNERS, real name Michael Nelson, is a singer, songwriter, and musician, who is mostly known for his 2017 single, “Someone To You”, which has gained 633.7 million Spotify streams and has been used in a variety of TV shows, films, and commercials, including The Bold Type, America’s Got Talent, Love, Victor, The Voice, After, and Legacies. He started his music career at just 7 years old when he joined Liverpool’s Cathedral Choir, attending every day after school until he was 15 when he went on to spend time at Parr Street Studios, hanging around artists. His father is Ken Nelson who has produced albums for the likes of Coldplay, Gomez, and Badly Drawn Boy. A chance trip to Toronto, Canada with his father led to him making music with a variety of musicians and creating his demo CD that found its way to Grammy-nominated producer Stephen Kozmeniuk (Koz). In doing so, his first single went viral in Canada and he soon signed a major record label and has gone on to become a household name in Canada and the US. He’s amassed a total of 1.5 billion streams, to date, and continues to gain social media engagements, especially on TikTok where “Someone To You” is used frequently. Starting 2023 off with the release of a new EP, titled “I Wish I Was Flawless, I’m Not”, BANNERS continues to be a force to be reckoned with in the music industry.

Talking about the EP, BANNERS said: “I experienced the pandemic mainly on my own and I spent quite a lot of that tearing myself apart in front of the mirror. I think, during that time, everybody’s trauma surfaced in unexpected ways, and this was the way my brain decided to do it. This EP is a mini celebration of me coming out the other side and being at peace with my imperfections. And being much happier because of that.”

Stream the new EP “I Wish I Was Flawless, I’m Not” by BANNERS on Spotify here:

The first track on the EP is “Perfectly Broken” which opens the collection of tracks with a stripped-back piano ballad that showcases BANNERS’ incredible vocals that send shivers to all his listeners. Full of emotional integrity, this track is perfect for starting off this collection of tracks. It’s followed by “In Your Universe” – the focus single of the EP, gaining a music video for the track – which tunes the backing track down even more, exposing BANNERS’ beautiful voice and incredibly imaginative lyrics; he really knows how to deliver passion and make us melt with this track. “Keeps Me Going” is the third track on the EP “I Wish I Was Flawless, I’m Not” which switches up the sound sonically as guitar chords hit in from the get-go with this bringing some country music to his indie pop-rock, giving an unstoppable steady beat and an addictive melody with heartfelt lyrics and undeniable fervour.

Track four is “Easy”, BANNERS strips it back again, removing the jovial tune from the past few songs as he delves in deep with awesomely held notes and authentic emotion. “Happier” follows next, a pop-rock track that is totally radio-friendly as this singer-songwriter easily showcases his insecurities and describes the end of a relationship and how it can all fall apart as they drift in different directions – this is one for the heartbreak playlists, for sure. The last track on the “I Wish I Was Flawless, I’m Not” EP is “Miles Away” – which is also an unheard track before today, along with “In Your Universe” – this plunges the listener into psychedelic pop mixed with BANNERS typical indie pop-rock style. Lyrically, it’s artistic, showcasing his writing skills and the ability to take the listener on a journey, away from everything they know. Add that to his rich vocals and unforgettable passion with the rhythmic melody and tuneful backing track, and “Miles Away” stands out for all the right reasons; we wouldn’t be surprised if films, TV series, and commercials, pick this up and use it in their media; if they don’t, we’re sure the fans will keep this as a treasured hit.

Watch the music video to focus single “In Your Universe” here:

Also released today, in promotion of the new EP, “I Wish I Was Flawless, I’m Not” is the brand new music video to the focus single “In Your Universe” which sees BANNERS perform this song on stage with his piano and guitar in an empty auditorium.

“I Wish I Was Flawless, I’m Not”, the EP by BANNERS, is available to download and stream across all platforms, right now, via BANNERS, LLC under exclusive license to Nettwerk Music Group Inc. He has also announced a UK headline tour, titled “Perfectly Broken Tour”, kicking off in Scotland at Glasgow’s Oran Mor on February 18, for 12 dates, ending on March 4 at Newcastle’s The Cluny.

Let us know what you make of “I Wish I Was Flawless, I’m Not” EP by BANNERS on Twitter @CelebMix.