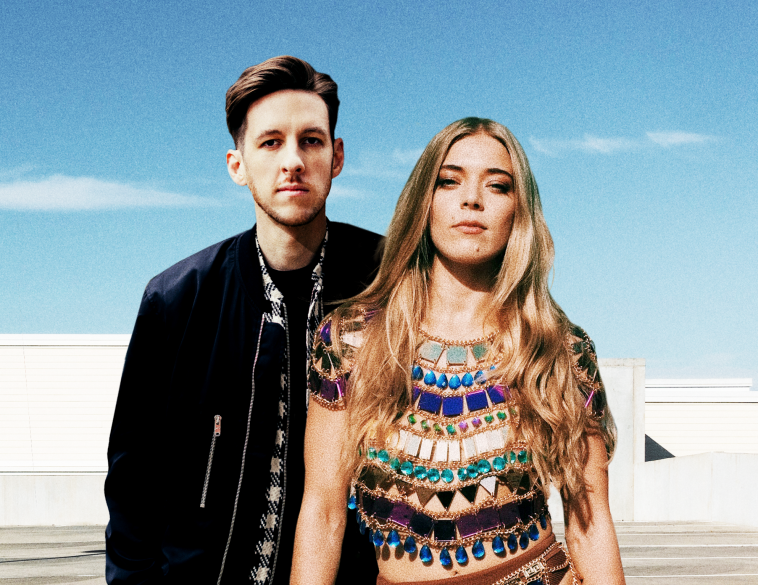 Following the success of their 2019 collaboration ‘Wish You Well’, vocal powerhouse Becky Hill and DJ Sigala have joined forces once more for a new single called ‘Heaven On My Mind’.

Written by Becky and MNEK, with production from Sigala, ‘Heaven On My Mind’ is the second single to be taken from Becky’s highly anticipated debut album. The track is euphoric dance music at its best, with Becky’s distinct vocals soaring over Sigala’s trademark vibrant melodies. This is a partnership which fits perfectly like a jigsaw puzzle and we just can’t get enough of it.

Speaking about the track, Becky said: “‘Heaven On My Mind” has had a different journey and creative process from my other songs I’ve released. When Sigala first sent me ideas for the song, it was during a dark time for me last year, and so it wasn’t a track that I would have ever started writing myself  – it was so pure and carefree…

“But that actually made me want to work on it and make it as personal as possible and release it. And after having big success with Sigala on our track ‘Wish you Well’, I had such a high respect and love for him and was over the moon he wanted to collaborate with me again!”

Becky has also unveiled the striking music video for ‘Heaven On My Mind’, which you can check out below.

‘Heaven On My Mind’ follows on from Becky’s recent Gold-certified single ‘Better Off Without You’ featuring Shift K3y, which spent five weeks in the top 20 of the official UK Singles chart. The track has gone on to amass over 64 million streams to date.

With each release, Becky continues to prove that she is one of music’s most exciting talents. A sensational vocalist and meaningful lyricist, she already has an impressive string of hits to her name but with her debut album in the pipeline, we have no doubt that Becky Hill will finally gain the superstar recognition she deserves.

‘Heaven On My Mind’ is available to download and stream now.