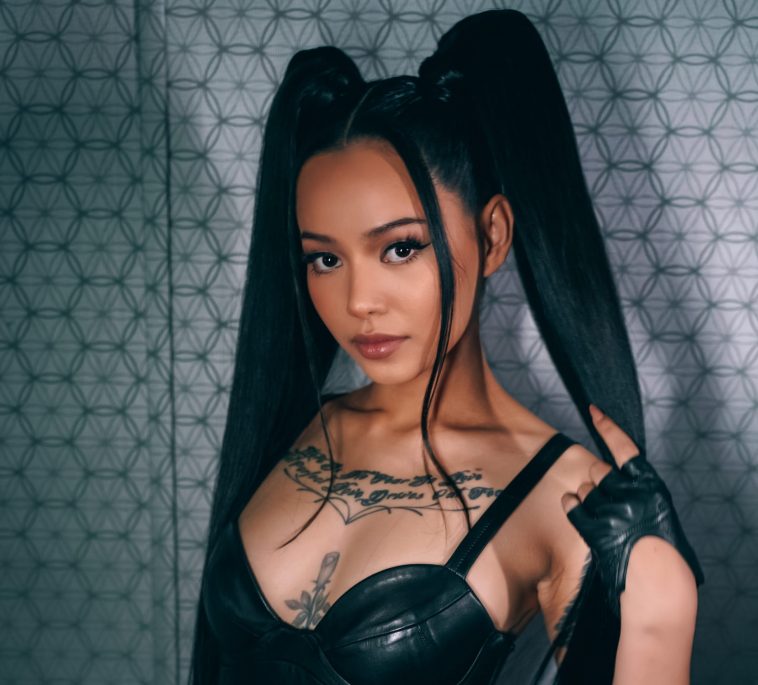 Global superstar Bella Poarch celebrates the news of signing a record deal with WARNER by dropping her debut single and its accompanying music video, Build a Bitch – an empowering girl power anthem that encourages females around the world to accept themselves and their bodies, just as they are!

Inspired by Bella’s own personal experience of being mercilessly scrutinised for the way she looks, the super infections and sassy track showcases Asian-American creator own unique brand of brand of dark pop – with it’s irresistible syncopated beat and brooding baseline fusing together to create an out and out

Speaking of the message and inspiration behind the single, which was created alongside producer and songwriter Sub Urban, Bella says: “‘Build a Bitch’ is about accepting yourself for who you are instead of listening to other people’s ideas of what you should do or how you should look,” she says. “I hope it helps people to feel more confident and good about themselves, and also reminds them not to judge anyone else.”

The singles accompanying music video – written by Bella and directed by Andrew Donoho (21 Savage, Two One Pilots, Khalid) with creative direction from Sub Urban and starring ZHC, Valkyrae, Mia Khalifa, Dina, Sub Urban, Bretman Rock, Rakhim  and Larray – focuses on a Build-a-Bear-style factory, where men line up around the block to construct their ideal woman.

However a surprise lays in store for customers visiting the make believe factory as Bella falls off the conveyor built, and makes herself into a Lara Croft-style avenger, who in turn frees a bevy of creators to rewrite the narrative once and for all.

Watch the official music video for Build a Bitch below:

Build a Bitch is available to download / stream now.

Let us know your thoughts on Bella Poarch over on Twitter @CelebMix now!