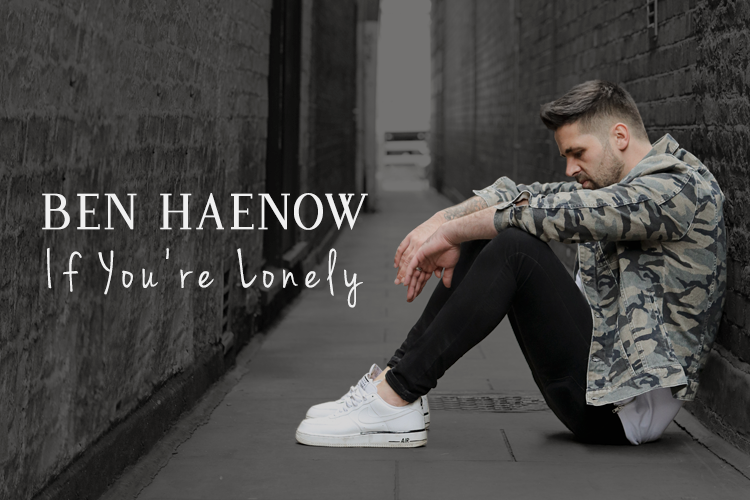 Spreading an uplifting message of hope and strength, Ben Haenow has released a stunning new single titled ‘If You’re Lonely’. All proceeds will be donated to the mental health charity Mind!

The emotive track reassures people that they’re not alone when fighting their inner demons and it’s clear that the profound lyrics have already resonated with people all over the world.

Speaking about the inspiration for his new single, Ben Haenow said: “I think that admitting you have, at some point, suffered with your own mental health issues is essentially just admitting to being human. We all have stress, anxiety, negative thoughts and feel down sometimes, but there is still so much stigma attached to those words ‘mental health’.

“This song was initially kind of like writing a note to myself… ‘I know you’ was almost a reference to my own realisation that I knew deep down how I was feeling wasn’t the real me, and more the effects of all my own negative thoughts and experiences. But also that it can sometimes take someone who really knows you to be able to bring you back from feeling like you are alone with nowhere to turn.“

As well as helping people with his new single’s candid and heartfelt lyrics, Ben is raising money to assist Mind in making sure that no one has to face a mental health problem alone.

Explaining why Mind is a charity close to his heart, Ben said: “I have friends who have had experience with Mind and the help, support and counselling that they offer. I have seen how it has lifted such a weight, almost a physical weight, from them and given them not only hope for their future, but aspirations and actual happiness. That’s why I have chosen Mind as the charity I want to help support with the single.”

‘If You’re Lonely’ is available on all digital platforms here. Over the years, Ben has released tons of inspirational tracks and he continues to comfort others with his music. His song ‘Getaway‘, which encourages people never to give up on their dreams, is a particular favourite of ours.

Looking back at the first half of 2020, Ben has certainly achieved a lot. The handsome singer-songwriter performed at London’s iconic Royal Albert Hall in March and his rendition of ‘Heart of Glass‘ featured on Double J Music’s ‘Café Covers‘ album. Long may Ben’s success continue!

Are you loving ‘If You’re Lonely’ by Ben Haenow as much as us? Which songs comfort you when you’re feeling down? Let us know on Twitter @CelebMix!