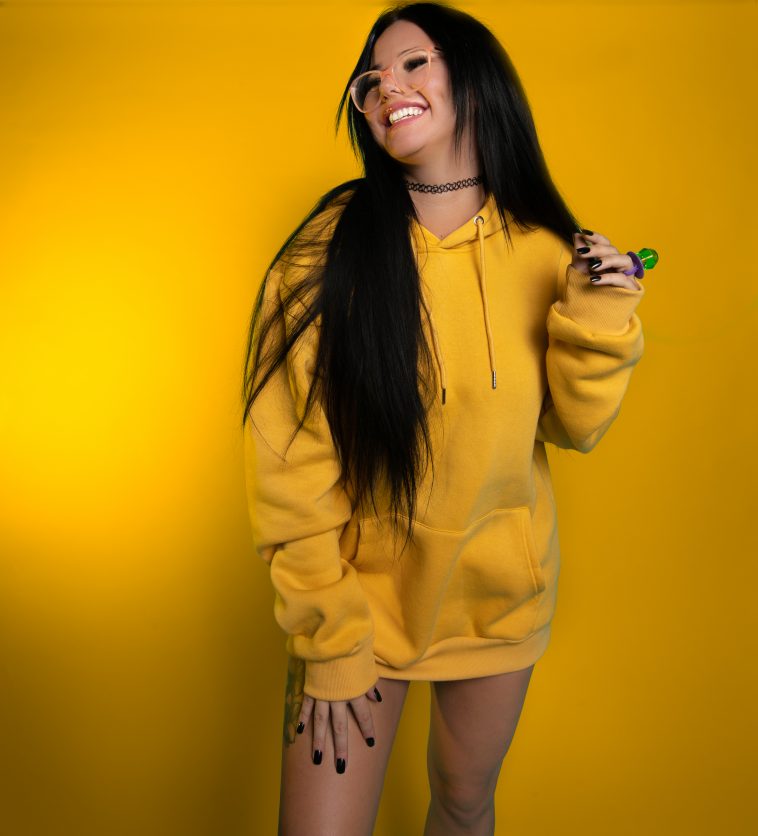 Nashville based pop singer/songwriter Caitlynne Curtis has just released her latest single and accompanying visuals for “I Will Survive”. The song is off of her upcoming album set for release later this year via Struggle Jennings’ label Angels & Outlaws.
With “I Will Survive”, Caitlynne Curtis shares her love and dedication to her young son and how her role as a mother has changed her life for the better.  Sometimes we all can have a false sense of what brings happiness and Curtis shows that true love and family is what matters in life. She confides, “I would say it’s about my son who showed me I have more to live for than I thought and I’m so thankful for him showing me what a life of happiness is.” The track begins with emotive acoustic guitars and Caitlynne Curtis’ enthralling and unique vocals that glide effortlessly into an attention-grabbing chorus over pulsating upbeat synths full of color and fervor. “I Will Survive” is an anthem of dedication and one that should be sung loudly and proudly.
Caitlynne Curtis began her musical journey at the young age of three when she would sing to her grandfather. Her parents, recognizing her talent, soon moved from Massachusetts to Nashville when she was a teen to pursue music. Curtis soon built a dedicated fanbase and attracted the attention of Struggle Jennings and his label Angels & Outlaws to release her full length album. Take a listen to “I Will Survive” now and tweet us your thoughts @celebmix.
Connect with Caitlynne Curtis