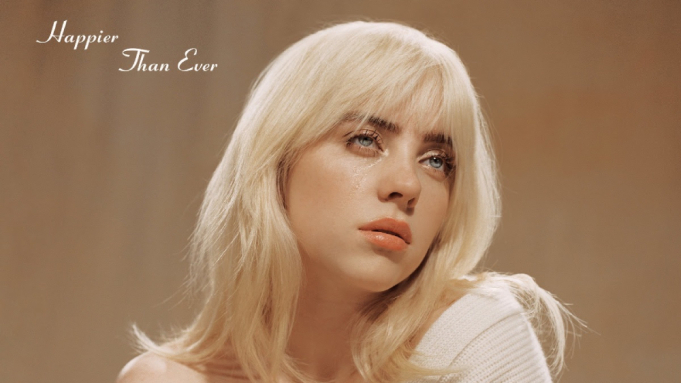 Global superstar Billie Eilish has sent the internet into a frenzy with the announcement of her sophomore album ‘Happier than Ever.’

The seven-time Grammy winner sent fans wild with her big announcement on Instagram, where she revealed the gorgeous album cover for her next project. In her Instagram caption, Billie told fans “this is my favourite thing I’ve ever created and I am so excited and nervous and EAGER for you to hear it.”

We’ve already had a taster for ‘Happier Than Ever‘ through previously released singles ‘my future’ and ‘Therefore I am’, which have accumulated a combined half a billion streams thus far.

‘Happier than Ever’ is the follow-up album to Billie Eilish’s chart-topping debut ‘when we all fall asleep, where do we go?‘ which ranked 3rd in IFPI’s Global Album All Format Chart for 2020. The debut album set Billie up to global stardom and spawned an album of multi-platinum hits such as ‘bad guy’, ‘when the party’s over’, ‘all the good girls go to hell’, and ‘bury a friend.’

Happier Than Ever, the sophomore album by Billie Eilish is due to be released on July 30th.

Let us know how excited you are for the return of Billie by tweeting the CelebMix account!