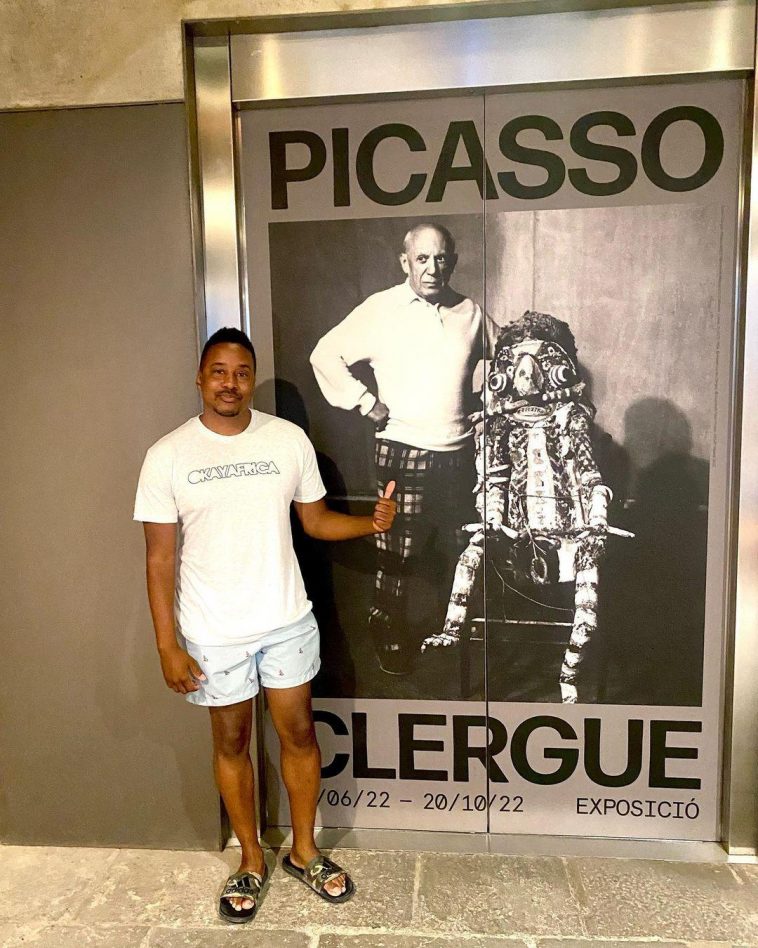 Covid-19, which started as a one-time problem, turned into a months-long saga, shutting down many businesses and industries for longer than expected, including the entertainment industry. Dr. Savoy Brummer, a brilliant emergency physician with over 15 years of experience in medical care, stepped up to protect Hollywood from going down amidst the pandemic.

During the initial days of Covid-19, there was no knowing where the entertainment industry was heading. Dr. Savoy Brummer was one of the few specialists with the expertise and experience needed to assist in the cautious reopening of film and television sets. He proceeded on to become the president and CEO of A Safe Way Forward, a well-known consulting organization. Several projects benefited from thorough medical oversight, and film productions were kept safe from Covid-19.

Back in 2020, when Covid-19 had recently struck the world, the entertainment industry was unfamiliar with the medical approach to COVID-safe film productions. Dr. Savoy Brummer was the first to implement hospital-grade equipment on actual film sets.

In a COVID-19 setting, A Safe Way Forward is the first physician-led advisory council to give a comprehensive medical approach for the launching of film, television, music, and festival productions. A board-certified staff of emergency physicians with solid expertise in contagious diseases, regulatory standards, and operations oversees every production. To avoid infectious exposure, they use the same skills and methods in production that they use in hospitals.

The founder and CEO of A Safe Way Forward quickly rose to prominence in the entertainment industry. Because of his numerous successful supervision work for COVID-safe film productions, he became famous as The Hollywood doctor. Dr. Savoy Brummer has even supervised the Oscar-nominated movie ‘King Richard.’ Because of Dr. Brummer’s outstanding team effort, the movie was able to be shot safely with a large number of extras and staff.

Dr. Brummer received his medical education from one of the most significant institutions, which is evident through his remarkable medical expertise. He earned his bachelor’s degree in biology from Howard University. After completing his medical degree from New York University, he went on to finish his residency in Emergency Medicine at the University of Pennsylvania. Dr. Brummer is a nationally recognized expert in emergency care diversity and cultural competency. People all around the state listened to his competent advice on COVID-19.

Dr. Brummer has also produced about 15 films as an executive producer. He has gained his status amongst the respectable producers since 2017. His projects have premiered on Netflix, Amazon Prime, and cable television. Dr. Brummer made sure to encourage the black community by producing multiple projects led by people of color. Dr. Brummer continues to value the necessity of expressing black tales as an African American.

As a Vice President, full-time partner, and member of the Board of Directors at Vituity, a billion-dollar national healthcare organization that services over 7 million patients each year, Dr. Savoy Brummer has ample experience.

Dr. Savoy Brummer did not anticipate his company to excel over such an extended period of time as COVID-19 continued with its vicious variants. However, he is now managing his Multi-Million Dollar Company with the major purpose of promoting health and safety in Hollywood.

Dr. Brummer and his colleagues have devised efficient solutions for a variety of many different television and film productions. Dr. Brummer has overseen COVID Compliance for hundreds of films, television shows, and online series. He has aided in the revival of Hollywood while also assuring the health and safety of tens of thousands of individuals who work on such films.

Dr. Brummer assisted emergency departments around the state in developing local plans and putting them on a path to success during the early days of the worldwide pandemic. Dr. Brummer, who served on the American College of Emergency Physicians Diversity and Inclusion task group, said, “We are now focusing on controlling this coronavirus epidemic and seeking to defend the communities and neighborhoods in which our people live.” Dr. Brummer has not only made the unattainable appear achievable in the entertainment sector during the Pandemic, but he has also faithfully served his people. Dr. Brummer had to fight through a lot of misconceptions about COVID-19.

A Safe Way Forward has reached all over the country’s film productions due to its success stories. Their integrated strategy, led by both a site medical and an executive physician team, sets them apart from other firms. Their system assigns a certified executive physician to each production to develop and review policies and procedures.

Emergency medicine is, in his opinion, the purest form of medicine. Dr. Brummer believes that it helps to give back to the community and that the work done compensates for emergency physicians’ sacrifices. Dr. Brummer recognizes the influence of the entertainment sector on the public. This is the kind of strength that is required in times of crisis, such as the global pandemic COVID-19.