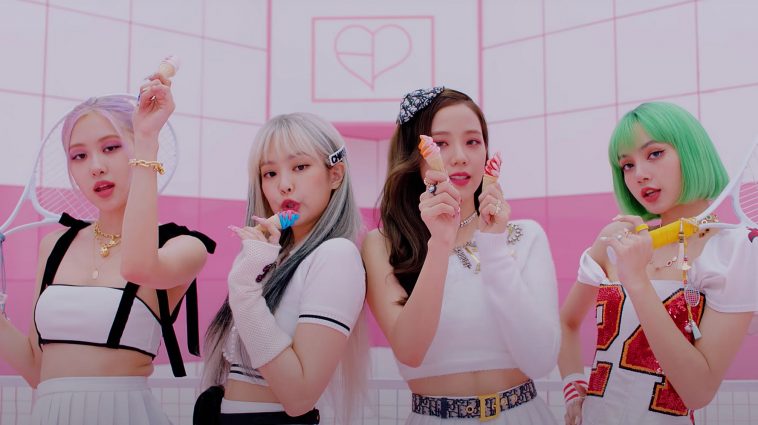 With less than one month until the release of the highly anticipated debut album from BLACKPINK, here’s a rundown of what we know will come from the fab four-pieces debut studio album.

It will be genre-bending

As confirmed by Rosé in their sit-down chat with Zach Sang, The Album will be a mixture of genres, expressing both the black and pink side of the girls. Already released singles such as How You Like That and Ice Cream only scratch the surface of what the tracks within the full length will show for the quartet.

Ryan Tedder has co-written a track

Hit-maker Ryan Tedder of One Republic has confirmed multiple times on Instagram live and in interviews that he has penned a track for The Album. It is also confirmed that he has co-written the track with Melanie Fontana (co-writer of Boy With Luv and ON by BTS) and Tommy Brown, best known for producing for Ariana Grande. A banger is surely coming with the stellar line-up!

There are eight tracks on BLACKPINK’s debut album

While YG Entertainment are yet to unveil the track-list, UMG Japan confirmed during the pre-order notice that BLACKPINK’s debut release will consist of eight tracks. Alongside the two pre-release singles, there are six additional songs included that will make up the record. While compared to other albums the number seems small, this will be the most songs BLACKPINK have ever released in one body of work since their debut in 2016.

There are multiple producers involved

While previous comebacks from the South Korean girl group have consisted of in-house producer Teddy and co, the debut release will have tracks composed from multiple additional producers. Ice Cream was co-produced by Tommy Brown and Steven Franks. Jennie also confirmed that Tommy co-produced another track within The Album, which is likely to be the Ryan Tedder co-write. It has heavily been rumoured that Big Bang rapper and KPOP icon G-Dragon may have also produced for the girls due to videos surfacing of them in the studio together, although this rumour is yet to be confirmed.

Rapper Jennie is likely to make a comeback

While Jennie has yet to make her return to rapping in the last three BLACKPINK singles, it is almost certain that Jennie will make her return to rapping within the album. With six songs to go, there is certainly room for Jennie to add a rap verse into the remaining tracks. Furthermore, in the How You Like That fansignings, Jennie did tell BLINKs to not be disappointed that she didn’t get to rap in the single as there will be further chances to rap in future tracks.

With only three weeks to go until it’s release, there will surely be more teasers and announcements to be made until it’s release. So BLINKs, let us know what you are wishing for in The Album by tweeting the CelebMix account!

BLACKPINK – The Album is available to preorder now from their UMG store and KTown4U.