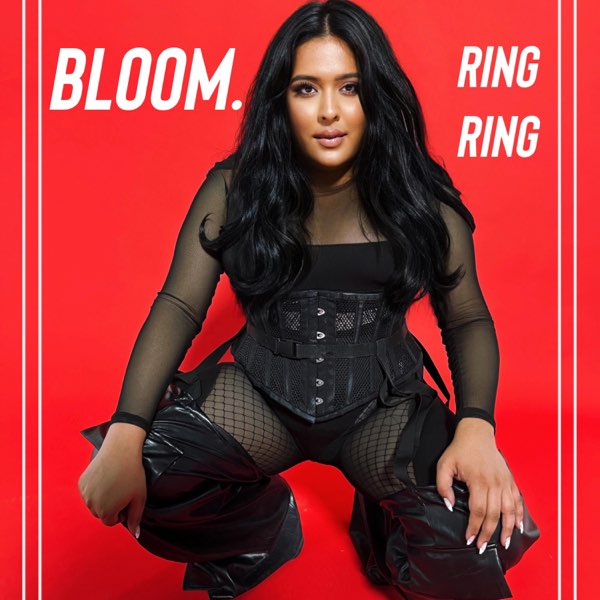 Stunning us with an R’n’B-fused-with-Pop anthem is BLOOM. with the awesome single “RING RING” that we certainly can’t stop listening to. Alongside the single release, BLOOM. dropped an incredible music video which has already gained over 12,000 YouTube views, becoming her most-watched music video to date. This release follows up her previous single “Starlight”.

BLOOM., real name Ashley Chadha, is a rising British singer-songwriter who is making waves around the world with her music. She delved into the music industry during the first lockdown and hasn’t looked back since. Her previous single, “Starlight”, showcased her R’n’B side, and this latest single, “RING RING” dives deeper into her new route towards a music career. When she’s not singing, she’s advocating for more representation for younger LGBTQ+ in the media and in music after her experience growing up as a trans girl and noting the lack of mainstream people to look up to.

Talking about the track, BLOOM. said: “I’ve heard so many love songs where the girl falls for a guy she would do anything for. It made me wonder where is the music that says, girl, you are too good for him. ‘RING RING’ conveys that emotion and empowerment.”

Watch the music video for “RING RING” by BLOOM. here:

Written by Ashley Chadha and Rich Mello, whilst it was produced by the latter, “RING RING” is a strong and confident track that is full of self-empowerment. Seductive, sultry, and sexy, BLOOM. brings it in the vocals, the lyrics, and the emotion, sending out the belief of self-worth to all of her listeners. With an addictive hook and chorus, BLOOM. shines throughout embedding the track in our minds so we’ll remember it for the rest of the day – this is a total bop! We are witnessing the rise of a superstar.

She brings her superstar quality into the accompanying music video, directed by Aiden Thomas, which sees BLOOM. perform the house down. She completely slays in this performance-based visual, with some fierce dance choreography that we could watch again and again and still be impressed by! We also watch her smash a red rotary phone (well rotary style since there isn’t an actual rotary dial on there) with a hammer, showing her self-confidence and telling this guy that she doesn’t need him. On top of that, there are intercutting scenes of phone handsets being offered to her but she bats them away as she isn’t answering the phone and rightfully so because has self-worth – something we all need.

“RING RING” by BLOOM. is available to download and stream right now, on all platforms. We suggest you check out her other songs and keep her on your radar, as she is a total star in the making.

Let us know what you make of “RING RING” by BLOOM. on Twitter @CelebMix.