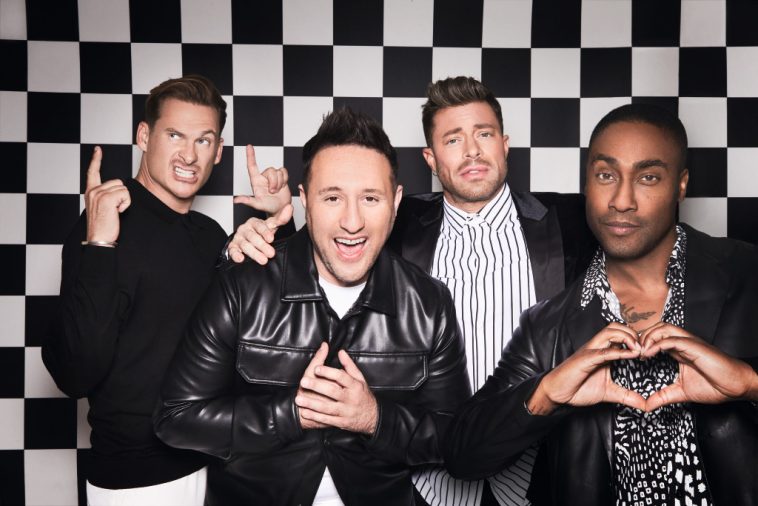 With less than two weeks to go before the highly anticipated release of their sixth studio, Blue share their latest single, the records title track, “Heart & Soul”.

Serving as the follow up to previous single releases “Haven’t Found You Yet”, “Dance With Me” and “Magnetic”, the upbeat, carefree dance track (co-written by MNEK and Shift K3Y) finds Duncan, Anthony, Simon and Lee in the mood to party as they declare their undying love to all of the special people in their lives!

In a joint statement, the band say of teaming up with Uzo: “We’re big fans of MNEK’s songwriting and production and he’s done incredible work for the LGBTQ+ community too. Duncan reached out to him on Instagram saying that we’d love to work with him and he replied saying he had a track for us. As soon we heard it, we loved it and we knew instantly that we couldn’t wait to perform it”.

Watch the official lyric video for “Heart & Soul” below:

Described as being an album that “celebrates everything that made Blue special during their heyday”, the group say that although the record gives a nod towards their past, the overall feel of the tracks serve to push forward both their style and sound in a major way!

Set to be released Friday, October 28th “Heart & Soul” can be pre-ordered now by visiting https://Blue.lnk.to/heartandsoul, and will be available on CD, Vinyl and Cassette, as well as on all digital platforms.

This December the quartet will embark on a UK arena tour in support of the projects release, with Megan McKenna and B*Witched appearing as special guests. Tickets for all shows are on sale now.

Check out full tour dates below: