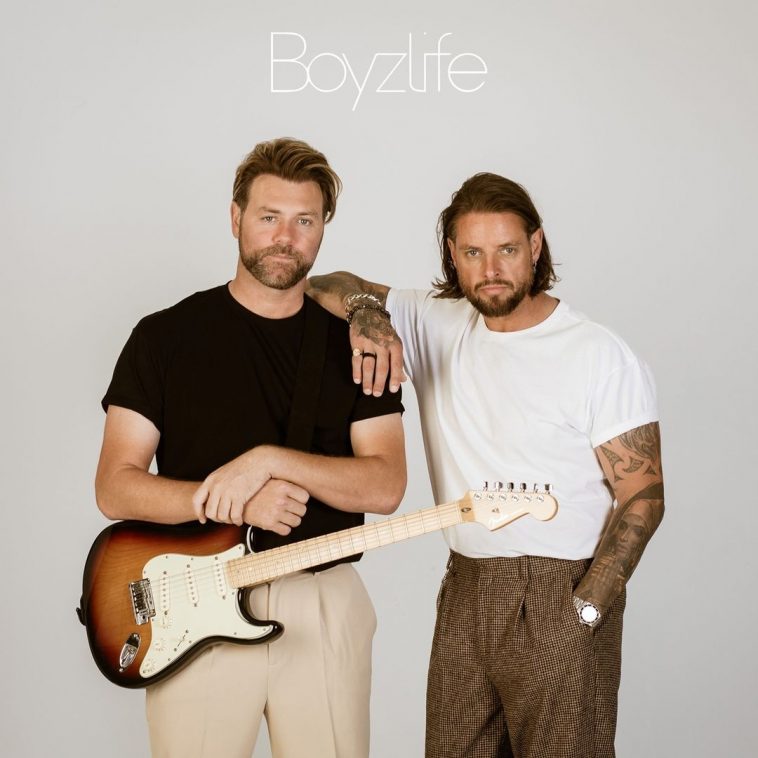 Boyzlife have unveiled the slick music video for their recently released new single ‘The One.’ The band have also announced the release of their first original material studio album due in Spring 2022.

The video sees Brian and Keith showing off their acting skills. Taking on Drive’s original romantic tale and heist narrative, Brian plays the lonesome gateway driver played by Ryan Gosling in the movie and Keith plays the villain, a robber whom alongside a female character speed through London at night in Brian’s car. It’s a great video with a lot of the 80s references, from the neon-drenched cinematic aesthetic and top car chases of Drive, to the choreographies inspired by movies like ‘Flashdance’ and ‘Footloose’.

Talking about the video, Brian says; “It’s the first official music video for the first Boyzlife original song and we wanted to bring together the song’s 80s influences, its energy and the movies we love.” Keith adds; “It was fun to play the villain in the music video, everyone knows I am also an actor but Brian is the one who will steal your hearts with his performance!?”

Boyzlife is the supergroup formed by long time pals Keith Duffy and Brian McFadden who previously appeared as members of 90s and 00s boybands Boyzone and Westlife, respectively. With Boyzone, Keith Duffy enjoyed six UK number one singles and 16 out of 17 of their first single releases making the top 5. With five number one albums also to their credit, Boyzone achieved worldwide sales of over 25 million records. Brian McFadden has enjoyed similar success, including 12 UK and Ireland number ones as a member of Westlife, and a record breaking seven top spots in a row. The band also boast four number 1 albums and over 30 million record sales in total. Since Westlife, Brian has embarked on a successful solo career, including a UK number 1 single with ‘Real to Me’.