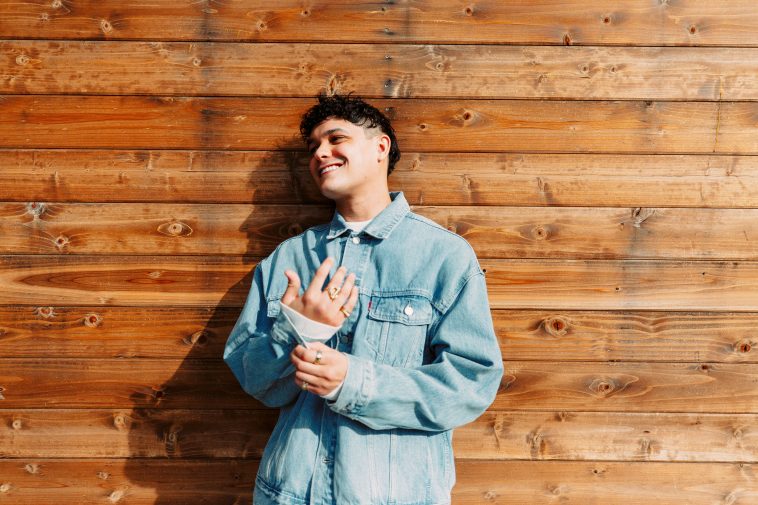 With nearly 1 million monthly plays across Spotify alone, Brandyn Burnette has been capturing the attention of countless music fans around the world. After co-writing hits for popular artists such as Keith Urban, Rich the Kid, and Backstreet Boys, the “Addicted” singer has rapidly gained a dedicated fanbase of his own. His feature on “Wish You Were Here” with Afrojack and DLMT took streaming platforms by storm and has launched his career to a whole new level. In an exclusive interview with CelebMix, Brandyn Burnette opens up about his brand new single, dream collaborations and more.

What can you tell us about your brand new single “Addicted” and the inspiration behind it?

“Addicted” was made with two of my buddies Nick Henriques & Diamond Pistols. I was going through a really bad breakup and decided to throw myself into the studio to write through it. Almost a year after my break-up, I met a girl who I really liked. After telling myself that I was over love & gonna try to be single, I found myself wanting to spend more and more time with her. In a way, she pulled me out of the dark place I was in from my previous relationship. I wanted to write a song about how I can be [harsh] sometimes, but how addicted I am to this new person.

Does that track preview a new sound that listeners can expect to hear more of in the future?

Yes! “Addicted” showcases a lot of my fun, quirky side. It’s also the first track where I leaned into live guitars as the main element for my music. I ended up building an entire project around “Addicted” and this EP represents both relationships – one where I was extremely unhappy and another where I was falling in love again and feeling on top of the world.

Your track, “Wish You Were Here” with Afrojack was a huge success! What was it like to experience such a positive response after its release?

“Wish You Were Here” was a really special song for me because it was one of the last songs I wrote about my ex. In a way, it helped me close the chapter of that relationship. Having it released by DLMT & Afrojack gave me a whole new audience that seem to be sticking around to hear what’s next from me. A lot of my upcoming music leans away from the EDM sound, but I’ve found that dance music has really passionate fans that have carried over to my new releases. The track came out in the thick of COVID, so the meaning of the song took on a whole new perspective. Not only was it a song about me missing my ex, but it became a song for people missing live shows & their friends.

What is your favorite lyric from “Wish You Were Here” and why does that particular line stand out?

I chose that lyric because it describes where I was at leaving my relationship. I had moved to Downtown LA from North Hollywood, so I had to make new friends & experiences. It was difficult showing up places and not wishing that the person I built half my life with could experience these new things with me.

Speaking of collaborations, who else would you like to work with in the future?

What artists or bands have you been listening to or inspired by recently?

I always love keeping my ear to the ground looking for artists who are just starting out that have something really special to their music. Those artists for me lately are Anees The Rapper, Justus Bennetts, Prentiss, Kid Quill, Charlotte Sands, Tai Verdes, Valley and Jad Saad.

Fans can look forward to a full EP as well as some exciting features, videos & content. My goal is to be touring as soon as I can so I can meet everyone who has been listening to me.