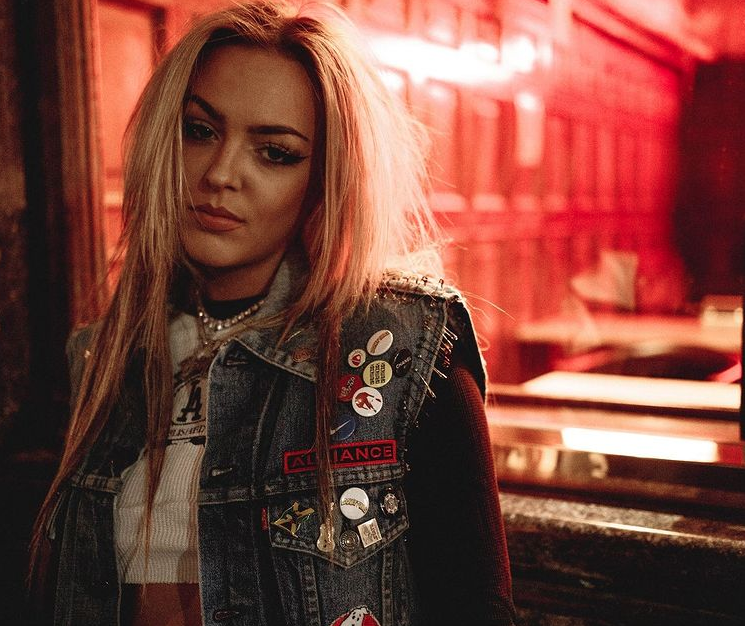 Rising British rap star BRYN shares a piece of her soul this week, with the release of her debut single ‘Clouds’ – a super melodic pop bop, that serves as the perfect musical showcase for the South London natives unique and eclectic sonic style.

Inspired, in-part, by hero’s Avril Lavigne and Blondie’s Debbie Harry, as well as elements of the UK’s thriving drill scene, the fierce yet emotive track sees BRYN lyrically reflect on her life to this point, as she weaves pop-leaning hooks with trademark quick-fire bars and rhymes to create a truly captivating piece of music.

Having caught the attention of music lovers up and down the country with her striking freestyles on YouTube channels including Mixtape Madness, Link Up TV and Charlie Sloth’s ‘Fire In The Booth’, recording artist BRYN has long been making waves within the British music scene, since swapping school classrooms for the recording studio as a teen, in a mission to pursue her dream.

Having immersed herself in an expansive mix of musical cultures in the hopes of creating a style and sound all of her own, the Juicy Freestyle rapper enjoyed her first major breakout moment back in 2019 when she wrote ’11 Minutes’ with YUNGBLUD and Halsey – a record which went multi-platinum and amassed over 169 million streams on Spotify alone.

Shifting her focus back to her own solo material following the success of the track, BRYN dropped ’21 Freestyle’ before stepping up to the mic for ‘Fire In The Booth’ with Charlie Sloth.

Of her success to this point, the 22-year-old says: “Now I’ve got my sound locked in, drill beats which pull together both my real love for rapping and being a singer-songwriter, I’m ready to take over in a big way!”

Let us know your thoughts on BYRN over on Twitter @CelebMix now!