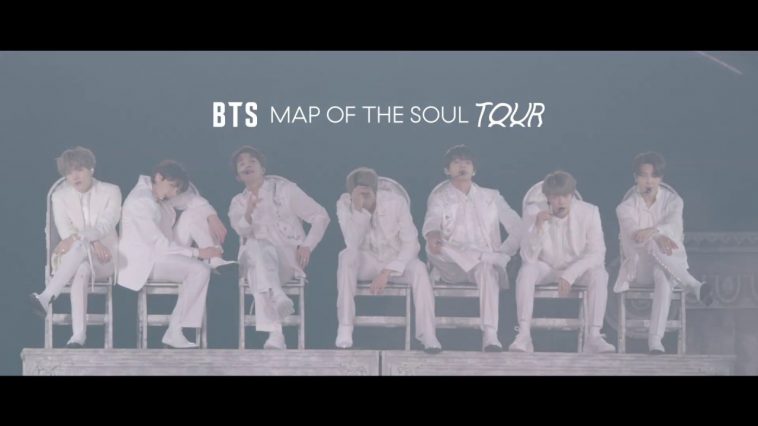 BTS are coming back to a city near you as the septet have just announced their 2020 ‘Map of the Soul: Tour.’

After the record-breaking 2019 Love Yourself: Speak Yourself tour, which saw the global stars become the first Asian act to headline a stadium tour, BTS are hitting the road on a 37 date tour spanning 17 cities.

Kicking off on April 11th, BTS will take to their native Olympic Stadium in Seoul for four shows before jetting across the pond for an additional 33 dates in North America, Europe and Japan. More dates will be announced in the near future.

For the North America and Canada leg of the tour, a presale will be available. An official press release stated that:

The Map of the Soul: Tour will come two months after the release of their highly anticipated fourth full-length album titled Map of the Soul: 7. The next chapter in BTS’ career has created much hype after the release of Interlude: Shadow and the haunting single Black Swan. The album has already shattered records by gaining over 3.4 million preorders in one week, becoming not only BTS’ most preordered album to date but the most pre-ordered album in South Korean chart history.

For all the latest updates on the Map of the Soul: Tour, make sure you’re following the CelebMix account!