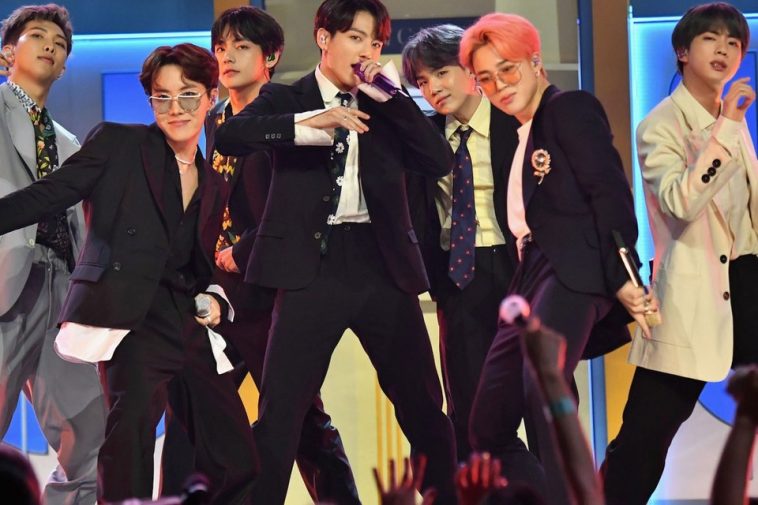 A week after dropping the comeback trailer ‘Interlude: Shadow’, BTS have given us another taste of their new album with the single ‘Black Swan.’

The emo hip-hop track delves into their fears of one day losing their passion and joy for music. The very moment they face the “Black Swan” within themselves, however, they are stricken with the realization that music is all they have. Black Swan is the confession of BTS discovering what music means to themselves in such a dark and haunting manner.

Compared to the light-hearted nature of their previous era Persona, which saw BTS discussing finding their true self through love, 7 appears to be about fear. Shadow allowed Suga (Min Yoongi) to express his fears of reaching the level of fame that they have and now Black Swan shares fears of losing their passion for their creative outlet, music. With just two songs released thus far, 7 is shaping up to be BTS’ most honest and raw record to date.

To accompany the release of Black Swan, an ‘Art Film performed by MN Dance Company’ was released. The Slovenian modern dance troupe encapsulated the lyrical content of the song and crafted a dance to showcase the ‘black swan’ rising from their hardships. The phenomenal choreography meshed with the orchestral instrumental and lyrics created a truly moving atmosphere to really bring to life the meaning of the track.

Black Swan is taken from their record-breaking fourth full-length album Map of the Soul: 7, which has already surpassed 3.42 million stock preorders, setting a new record for BTS.

You can watch the art film for Black Swan below and don’t forget to tweet the CelebMix account to let us know what you think!

You can preorder Map of the Soul: 7 from HMV, Amazon and Ktown4u now.