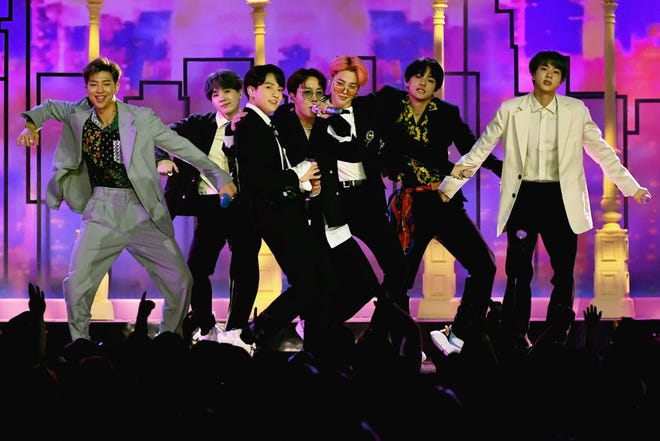 With just over two weeks until their comeback, BTS has unveiled their brand new English single title DYNAMITE will get its world premiere performance at the VMAs!

After sending fans into a frenzy announcing the surprise release, BTS has began the rollout schedule, including announcing teaser images, music video release dates and even a countdown livestream on YouTube just hours before the release.

In addition to their exciting promotion schedule, the septet will make their first-ever VMA appearance on August 30th with the world premiere performance on DYNAMITE. BTS are known for igniting the stage wherever they go and their VMA debut is sure to solidify why they are considered some of the best performers right now.

As well as their massive debut stage, BTS are also nominated for two awards, with nods in Best Pop and Best KPOP for their ON music video. The ON choreography has also received a nomination in Best Choreography, which is decided by professionals.

The release of DYNAMITE comes 6 months after their explosive Map of the Soul: 7 comeback, which gave BTS their fourth Number One debut on the Billboard 200 charts and their first-ever top five with ON debuting at Number Four on the Hot 100. At the time of writing, Map of the Soul: 7 has sold over 850,000 combined units since release and is looking to become certified platinum incredibly soon.

So how excited are you for BTS’ DYNAMITE debut stage? To get ready you can see what our five favourite performances are by clicking here, and don’t forget to follow the CelebMix account for all updates.