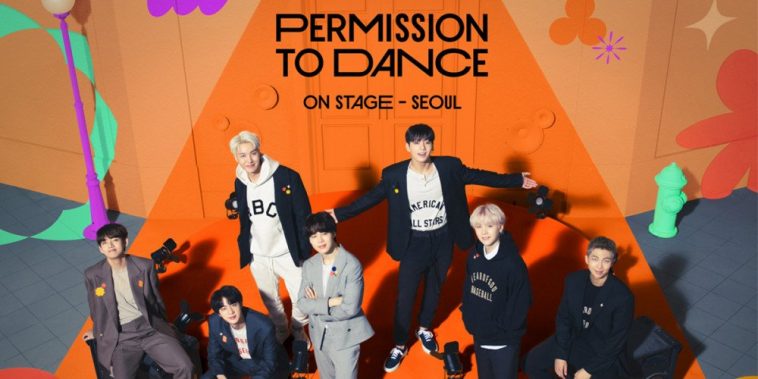 BTS are back! The global icons are heading back to the stage in their motherland of Seoul, South Korea for the ‘Permission to Dance On Stage – Seoul’ next month.

Their first concert of 2022 will be taking place at Seoul Olympic Stadium on March 10th, 12th and, 13th in front of a live audience, with global live streams, also being held for international ARMYs. Online live streams will be held on the 10th and 13th, while the March 12th concert will be shown in select cinemas across the globe.

BTS Permission to Dance On Stage – In Seoul will mark the megastars’ return to touring in South Korea. The group has not held a concert at home since their BTS WORLD TOUR ‘LOVE YOURSELF: SPEAK YOURSELF’ [THE FINAL] since October 2019.

BTS’ Seoul concerts come four months after their mammoth four nights at SoFi Stadium, Los Angeles. Permission to Dance On Stage – In Los Angeles saw the 214,000 sell out immediately, and also grossed a phenomenal $33.3 million, becoming the biggest Billboard Boxoffice score in California history, and the sixth biggest of all time.

A lot has changed for the 21st century pop icons since the last time they played to a home crowd live. In the two and a half years since their last concert in Seoul, they have scored five Number one singles as lead artists on the Billboard Hot 100, with their May 2021 single Butter scoring a whopping 10 weeks atop of the chart. BTS also became the first Korean group to score Grammy Nominations with their Best Pop Vocal Duo/Group nominations for Dynamite and Butter, while also becoming two-time BRIT Award nominees. The septet has also become fashion icons after signing a deal with Louis Vuitton to become global brand ambassadors and starred in their Men’s Fall/Winter campaign, the last of the late Virgil Abloh.

For more information about the Permission to Dance On Stage – In Seoul concerts and live streams, make sure to download the Weverse app.