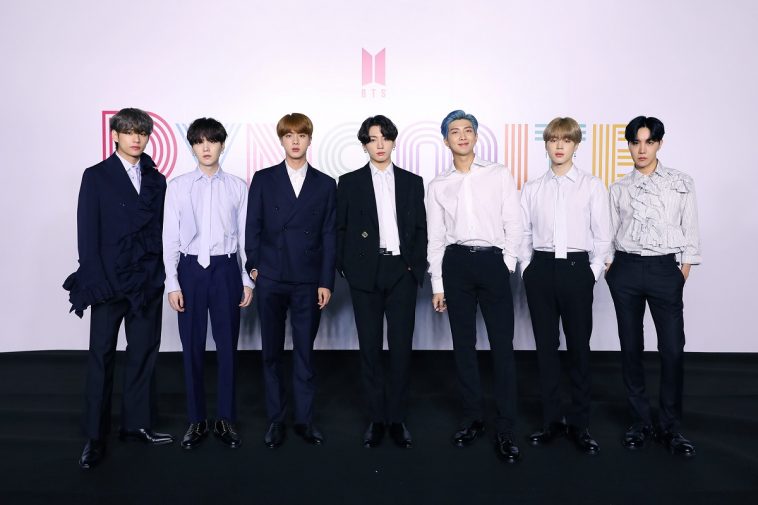 As anticipation grows for the release of their first-ever digital single Dynamite, BTS opened up in a global press conference all about their English single, future plans for their album and how a global pandemic shifted their mindsets towards their music.

Opening up about how their quarantine period had been, RM stated that BTS had began to work on a new album that they hope will be released between October and December. The BTS boys also explored their own hobbies further and began filming a new reality tv show titled “In The Soop”, which follows BTS’ day to day lives.

Discussing their brand new single Dynamite, Jimin explained that they initially had no intentions of releasing new music before their next album, however, RM further comments that “as soon as we heard it, we wanted to try it.” As previously mentioned, Dynamite will be a new challenge for the group due to the track being recorded fully in English as opposed to their Korean releases. V explained their decision to record the song in English stating “the English lyrics fitted the melody better” while J-Hope explained that the disco-pop track, another new genre for BTS made them feel energised during these hard times. RM further called Dynamite their “recharge project” during the tough times.

Furthermore, BTS explained they felt right now was the perfect time to release such an upbeat track. Jimin explained that Dynamite is such an important record for them because “Everyone is going through tough times right now…We felt empty…We needed a breakthrough. Dynamite is a song that can lift anyone’s spirits.” While Suga further described the song as “[sending] the message of happiness and comfort…dedicated to those who felt like they fell down during the marathon.”

While discussing their highly anticipated upcoming album, Jungkook expressed the group’s wish to release it during the fourth quarter of the year. As the group had previously mentioned during their YouTube live streams of the planning process, the next BTS record will be a self-produced project with each member taking hold of different areas. V, the visual manager of the album, stated that they are aiming to produce a record that “showcases the unique colour of BTS” more than ever.

Discussing how the group’s mindset towards making music has changed during these tough times, V stated that “naturally, [we could] think about our music more…We need people to love and be inspired by our music. We learned to be more open to our music.” While RM called making this album a ‘ray of light.’

Dynamite will be released at 12 am EST/5 am BST/1 pm KST. For all the latest on BTS, make sure you’re following the CelebMix account!