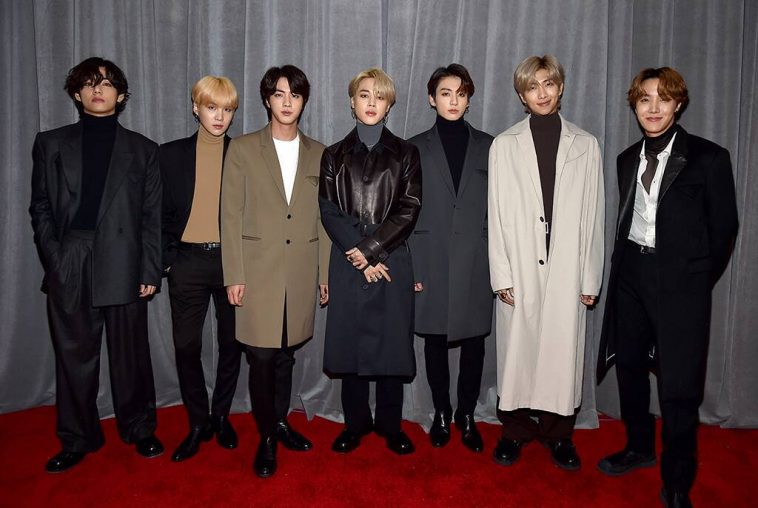 New BTS music may be coming sooner than we expected.

After the announcement of their Seoul, US and Canada concerts of the Map of the Soul World Tour being postponed due to the ongoing COVID-19 outbreak, it was speculated what BTS would do next.

Heading onto YouTube Live this morning (April 17), RM revealed that the members are in the early stages of discussing a new music project.

He stated on the livestream “An album will be released. An album is being released, but we’ve only just kicked off, so there haven’t been any in-depth decisions made regarding what sort of song we’ll do, what our title [track] will be like. We’ve only just started talks about it.”

The news comes just under two months after the release of the record-breaking, universally acclaimed fourth full album Map of the Soul: 7. 7 broke records worldwide as the group hit Number 1 in all 6 major music markets and landed the largest pure sales week for any artist in 2020 thus far on the Billboard charts. In addition to this, ON became BTS’ first top 5 entry on the Hot 100 chart.

In the meantime, the group are keeping ARMYs entertained through their weekend of BANG BANG CON, with eight concerts being live-streamed across 2 days. On YouTube and Weverse, fans will be able to watch all their previous concerts from the 2014 Red Bullet tour, through to their latest Love Yourself in Seoul.

So, when do you think new BTS music will be revealed? Let us know by tweeting the CelebMix account!