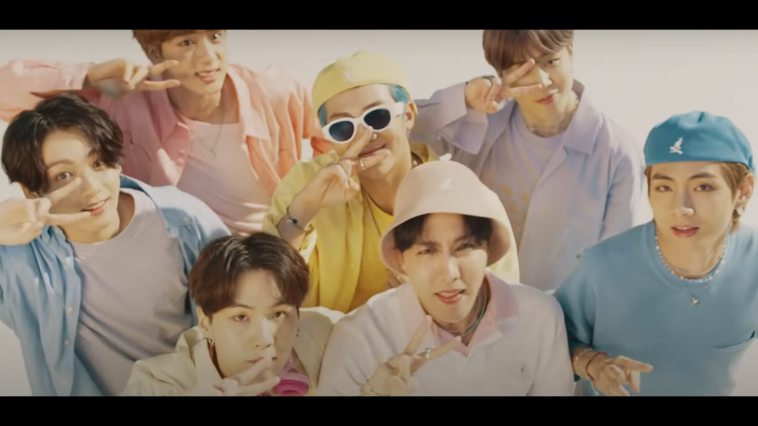 Securing a second week at Number One on the Billboard Hot 100 chart with Dynamite, BTS has made further history and pulled in some huge statistics while doing so.

After a massive 265,000 digital sales were recorded in its first week, and over 300,000 combined with the physical vinyl and cassette, Dynamite pulled in a massive 182,000 copies in its second week. The staggering numbers made Dynamite the best selling digital track of 2020 in only two weeks. The huge numbers also mean that BTS now hold the two biggest single sales weeks of the year.

The chart position also makes further history this century as Dynamite the first Number 1 debut by a group to remain at #1 on the Hot 100 in its second week in the 2000s. Additionally, BTS now joins Cardi B and Megan Thee Stallion as the only song that has debuted at Number 1 in 2020 to remain there for a second week.

For BTS, a second week atop of the Hot 100 was a goal they could have never imagined coming true. As they stated during their press conference for the record-breaking achievement member V stated:

“We had a very small practice studio in the basement. It was just seven of us practising and working together, and these are all very fresh in my mind. All of the difficulties we had to go through practising as trainees, training…all these are now pleasant memories, and that really amplifies the joy I have now. I feel that I received some kind
of gift.“

BTS have continuously proven themselves as one of the biggest musical acts globally right now and since topping the Artist, Album and Singles charts in America now, you cannot deny their space in the industry.