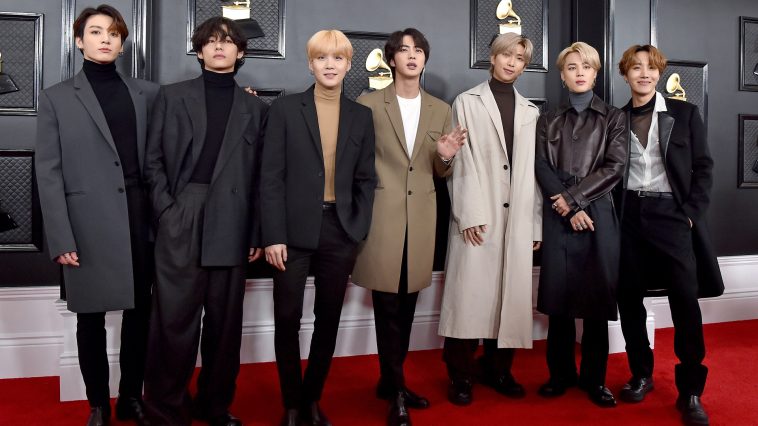 The release of Dynamite has turned out to be the biggest comeback for BTS. While the septet have been making and breaking records for years, 2020 has topped it all with a series of significant achievements. On 31st August, BTS became the first all-South Korean group, second Asian act, first International group, and the third group overall to debut at No.1 on the Billboard Hot 100 songs chart. The other two groups topping the chart include Aerosmith and Jonas Brothers.

The release of the original audio on 21st August 2020 was followed with a series of remixes including an EDM remix, Acoustic remix, Tropical remix, and Poolside remix. As per Nielsen Music/MRC data, “Dynamite” gained 33.9 million U.S. streams with 300,000 copies sold out in the first week of its release. In terms of radio, with the week ending on August 30, the track drew 11.6 million radio airplay audience impressions.

Not only did Dynamite do well on charts but also in terms of sales. With a combined first-week sales of 300,000 from digital downloads (265,000), vinyl, and cassette, the song debuted with the biggest digital sales week since Taylor Swift’s “Look What You Made Me Do” in 2017.

These series of record-making moments came right after them becoming the first group ever to have 101.1 million views in the first 24 hours on YouTube.

The 360-degree promotion worked in favor of BTS. The track did not just become a hit on streaming platforms but also garnered fans on Tik Tok and Instagram. As explained by Bryan Rolli on Forbes,

“The group’s decision to perform “Dynamite” entirely in English gave the song a boost on terrestrial radio, and the staggered release of multiple remixes increased the song’s first-week sales and streams. The ebullient disco-pop track has also spread like wildfire on TikTok, which has helped rocket several songs to the top of the Hot 100 this year.”

The biggest reason, which not only made people take a step back to contemplate but also regard this moment significant, was the rarity of the occasion. By becoming the first Asian act to directly chart at No.1 on Hot 100 and to break a 57-years-old record of the first Asian act to ever chart on the list has shown the kind of gatekeeping this industry exercises. With Dynamite, BTS as artists did not change their core identity. The message despite the use of the English language was typical of Bangtan.

They instead chose to use the same methods that the industry uses and beat it in its own game. Sans bundling.

As pointed out by Bryan Rolli,

“What BTS didn’t do was bundle the track with a bunch of irrelevant merchandise or package the physical editions of the single with a digital download so they could wait several months to ship them. Throughout the song’s promotional campaign, the group demonstrated a transparency and commitment to their music that is often absent in the cutthroat race for Hot 100 dominance.“

The release of an all-English track gained an assertive response from the radio but instead of looking it from an optimistic point of view that pushes the idea that changing language should be the go-to-method, it will be better to question why did it take the radio a change into a particular language to embrace and experiment alongside an already successful group with all the numbers required under their resume to prove their mettle?

On achieved the massive feat of charting at No.4 on the same songs chart without any significant radio support. The question of topping the chart was then, not about how but when. With Dynamite, BTS acted as their own catalyst to accelerate the growth process.

The language-barrier only turned out to be an excuse from the industry’s side towards non-Western artists and their impact. For BTS, the decision to stick to the original version of the song helped to take the final leap towards becoming the top artist. In other words, it was not a strategy to gain Western validation but instead to show that had the industry been receptive of the septet’s music and their record-making moments earlier, they would have still found the same reasoning that makes the band one of the most successful groups today – their message, work ethic, passion, and commitment to music. It seems that even after the success of Dynamite, the group will continue to break through the glass ceiling.

One “inch-barrier” is yet to be broken by the industry and this moment is a testament to the work we need to do to really manifest the vision of inclusivity into reality.