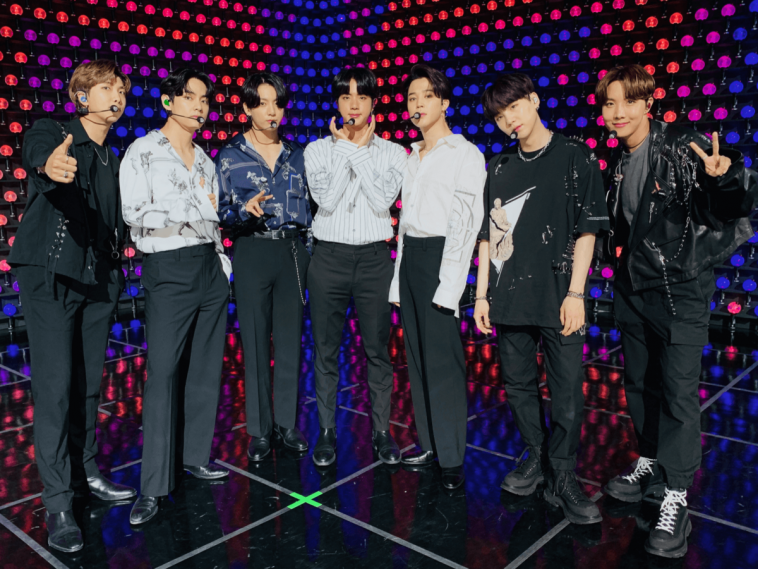 BTS have had one of the most phenomenal charts runs seen this year since the release of their global smash hit ‘Dynamite.’ After aiming to spread joy during one of the toughest periods this planet has ever had, the septet did just that and gained incredible chart success in turn. While this should be a moment of celebration for BTS, for breaking barriers once again and their ARMY for aiding this success, not everyone is on their side.

On September 28th, BTS made Billboard chart history by re-peaking at Number One on the Hot 100 with Dynamite, extending their number one run to three weeks and making further history by achieving a Billboard all-kill by also topping the Billboard Global 200 (including and excluding the US). During this announcement, Billboard broke down the sales and streams for BTS and claimed that the reason for their re-peak was due to the remixes they released during the 5-week period of Dynamite’s release. Some may say “well Billboard always break down the way’s the song goes number one, it is normal.” Well, this is not exactly true.

Labels have begun tackling the streaming era by releasing remixes of singles in order to aid the sales from dedicated fans. As anyone knows, ARMYs are a force when it comes to pure sales so when given the remixes, they FLEW. BTS have been subject to radio blacklisting due to Korean songs in the past and therefore ARMYs had to utilise their strengths to their advantage for BTS. But it is not only BTS who have used remixes before. Old Town Road by Lil Nas X is notorious for the remixes produced for this song’s longevity on the Hot 100, Cardi B’s smash hit Bodak Yellow featured multiple remixes ad Dua Lipa this year released a remix album for her phenomenal sophomore project Future Nostalgia. Remixes are not new to the industry, but only BTS has been scrutinised for this because the ARMY charted every single remix on iTunes in order to help them where radio lets them down. Billboard has not previously explained the ways in which remixes help aid any other songs success. But it is also important to note that upon release day, Dynamite was already predicted to debut at Number One on the Hot 100.

Billboard ‘explaining’ the ways in which the remixes impacted the charts while refusing to do so with other artists leads to once again singling out BTS from their western peers and refuses to acknowledge their achievements for what they are. BTS has already spoken out about feeling like ‘aliens’ in the western industry and Billboard aligning their success purely to remixes undermines the work they have been putting in for years. Other singles released this year were released in multiple different formats including different remixes, different versions of CDs, vinyl, cassettes and even clothing items in order to top the chart but at no point did Billboard explain the success as being purely from bundles, unlike the explanation they gave for BTS. Yes, it is still shocking to see a non-English speaking artist top the charts and remain there for multiple weeks, but this should be celebrated, not undermined, and rushing to explain how such a thing could happen. BTS’ label played the same game that their peers have always played and yet they are the ones being scrutinised for doing so.

BTS have been in the same league as big British and American artists for two years now. They made their name in the States in 2017 and continued to grow and showcase their talents. They have continuously proven themselves through their chart positions and critical acclaim but due to their large fanbase and not being an English speaking artist, the industry still undermines them and the historic achievements they make.

Normalise not having to jump over hurdles to explain how the biggest group in the world have been able to top the charts. Instead, learn to treat and explain their successes the same way you would with their western peers.