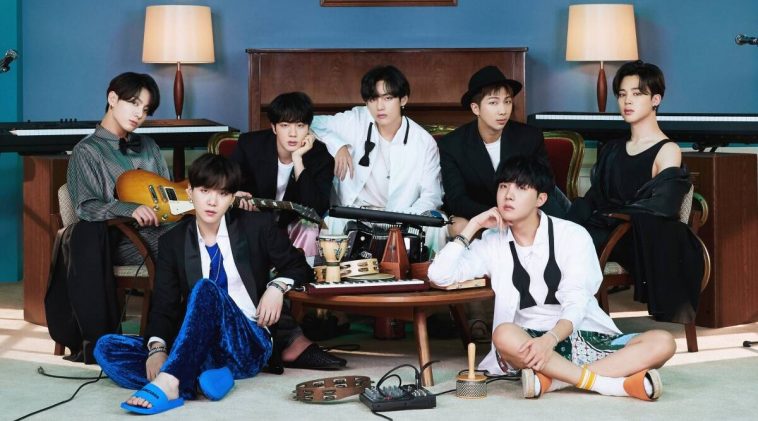 If you looked up ‘record breakers’ in the dictionary, we are pretty sure a picture of BTS would be placed there as the definition at this point. But BTS has not just made chart history for Asian artists, but for a group in general with their latest record ‘BE’ and it’s second single ‘Life Goes On.’

‘BE’ debuted at Number One on the Billboard 200 chart, accumulating 242,000 units in its debut week, thus marking the group’s fifth Number One debut on the album chart. This feat also made BTS the fastest group to reach this landmark. ‘BE’ also proved that their success does not come from multiple versions as only the ‘deluxe’ album (marked at $50 per copy) and the digital version existed for this release.

The Number One debuts of ‘BE’ and ‘Life Goes On’ also have made BTS only the second artist in Billboard history to debut at Number One on both the Hot 100 and 200 charts after Taylor Swift achieved this with ‘cardigan’ and ‘Folklore’ back in August this year. Additionally, with the debut positions of the Grammy-nominated smash hit Dynamite and Life Goes On, BTS becomes only the fourth artist in history to secure two Number One debuts of singles from one album following Mariah Carey’s Daydream, Drake’s Scorpion and Ariana Grande’s thank u, next.

BTS have accumulated unimaginable success, especially in 2020. But for this project, the success shows the true growth of an artist. ‘Life Goes On’ earned just six spins on its release day and gained very little radio support from there on out. No bundles, no remixes, little radio support, all of this proves BTS’ popularity to be something that not even they could have ever imagined possible. While many try to dismiss this due to their large and passionate fanbase, the ARMY, you cannot deny that the fanbase exists as a result of their music, their lyrics and their messages. BTS are an act to be rivaled right now as if these are their accomplishments with little industry support, imagine if they finally gained the well-deserved support from the industry in which they exist in?