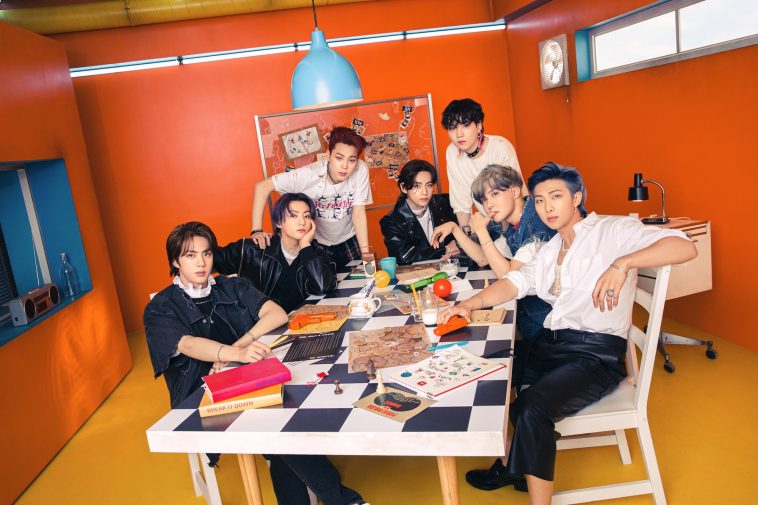 Whether the seven members of BTS, the biggest K-pop group, will serve in the army, or not, has been the hottest question among fans and in the industry for a long time. Well, it is now settled.

The global heroes of BTS will perform their mandatory military service in South Korea, the group’s representatives said Monday, confirming a move that was long dreaded by their gigantic army of fans.

On Monday, BIGHIT Music said, on the behalf of the Grammy-nominated boy band BTS, that the band members will move forward “with plans to fulfil their military service.” All seven members of BTS will fulfil South Korea’s mandatory national military service as required by law, putting an end to months of speculations surrounding the group’s hiatus and that the band might receive a special exemption from the mandatory conscription.

Less than two days after playing its first concert in months—having performed as part of Busan’s bid to host the 2030 World Expo—the band announced its decision, effectively confirming the break that the members had initially stated this summer. The seven members will reconvene “as a group again around 2025” after completing their service, according to the statement posted on Twitter by BIGHIT MUSIC.

Under South Korean law, all able-bodied men, between the ages of 18 to 35, are required to perform 18-21 months of military service—for the army, navy, or air force respectively. The law, however, provides special exemptions for certain athletes and artists who represent the country on the global stage, and have won top prizes in certain competitions and medals at international competitions like the Olympics that enhance national prestige. However, the exemptions for artists only include classical and traditional musicians, and ballet and other dancers, making the pop band and musicians ineligible.

Without a revision of the law, the government can take steps to grant special exemptions, but past exemptions for people who performed well in non-designated competitions triggered a serious debate about the fairness of the system. Since the draft compels young men to suspend their professional careers or studies, the dodging of military duties or creation of exemptions is a highly sensitive issue.

The K-pop supergroup BTS announced a break from group musical activities to pursue solo projects earlier in June, raising questions about their future, but they insisted they were not breaking up. Less than a week later, BTS released its anthology album Proof, which topped the Billboard 200 charts. “Since the creation of BTS over ten years ago, the band has risen to international success, broken records, and catapulted K-pop into the global stratosphere,” the label said.

As BTS grew to become one of the biggest musical acts in the world, the government granted them a special two-year extension that left divided the country over whether to let the band delay further or skip the draft entirely. However, ending all the speculations, South Korea’s Defense Minister Lee Jong-sup and its Military Manpower Administration Commissioner Lee Ki Sik said it would be “desirable” for the members of the group to fulfil their military service requirements to ensure fairness.

The first member of BTS to enlist will be Kim Seok-jin, the group’s oldest member, also known as Jin—who will turn 30 later this year in December. He also announced a solo project at the BTS concert on Saturday in Busan, South Korea and he will enlist after releasing his first solo album in October.

According to the statement, “Our artists, BTS, have embarked on concrete preparations to fulfil mandatory military service. BTS member Jin (Kim Seok-jin) will apply for the cancellation of postponement of enlistment at the end of October 2022, and will follow military service-related procedures.” The other six members of the band also plan to enlist after Jin according to their respective individual schedules, but they did not mention exact time frames.

As BTS swapped one army for another, upholding their promise to South Korea’s conscription, millions of disheartened fans, aka BTS Army, went into a frenzy on social media, asserting their grief, and disbelief as it means no new tours or music for several years. Yet they showed their phenomenal support for the boys, showering them with all their love.

This move is also prone to have extensive consequences, stripping South Korea of the billions of dollars the band’s followers pump into its economy. Since releasing its first album nine years ago, BTS has proven its value as an economic powerhouse for the nation and a triumph of the entertainment industry, which Seoul benefits from. BTS is contributing more than $3.6 billion to the South Korean economy every year—equivalent to the contribution of 26 midsize companies, said the Hyundai Research institute in 2018 as well as brought one out of every 13 tourists who visited the country in 2017, that generated an estimated $1.1 billion in a single year.

Don’t worry, BTS Army. BIGHIT Music has assured the fans that the seven pop stars will reunite as a group once again around 2025 after everyone has completed their service requirements. Until then, enjoy their solo projects that are planned until 2025, so it wouldn’t completely deprive you of new music while they’re away, serving the country. “‘Yet to Come (The Most Beautiful Moment)’ is more than a track from their latest album, it is a promise,” the label said. “There’s much more yet to come in the years ahead from BTS.”