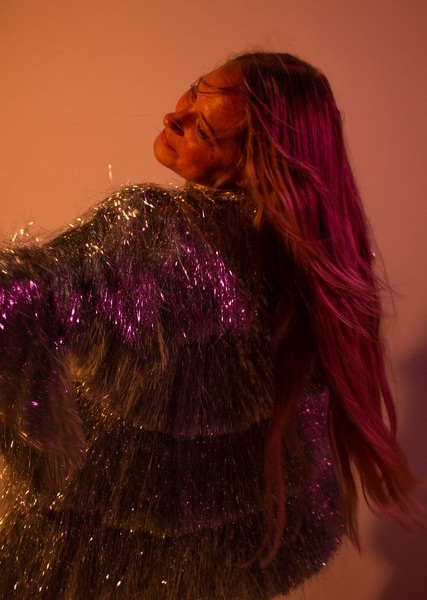 German singer-songwriter Butter TM teams up with Finnish producer and remixer Perttu on brand-new single, “Helium,” an ode to self-love: “Don’t you feel like loving you?”

Splitting their time between Helsinki and Portugal for the past two years, the two artists have been recording their debut EP.

Butter TM explains, “Coming to Portugal, having lived in big cities like London and Berlin made me dig into the disco phenomena of feeling good. In 2022 ‘feeling good’ means letting go of the old and letting in the new. Kicking old habits and just go for it.”

She adds, “Big cities wrapped up in green smoke, where noses are tinted white, money evaporates like powder, sex sells on local buses in polyester suits. This filtered down to me writing music in the past and my tone was much harsher with a knockout vibe. The ‘BUTTER TM EP’ is a lighter, feminine, and empowered story by living in a world where retro and modern disco elements collide.”

Butter TM and Perttu first connected during a studio session, where they immediately bonded over their mutual love for disco music. Butter TM has worked with and for artists like Dido, Celine Dion, and James Arthur, while Perttu, along with having over 29,000 monthly listeners and 35,000,000 streams on Spotify, has worked with Bonnie Strange.

Butter TM has it going on! “Helium” demonstrates why disco music is making a resurgence – dancing and empowerment.