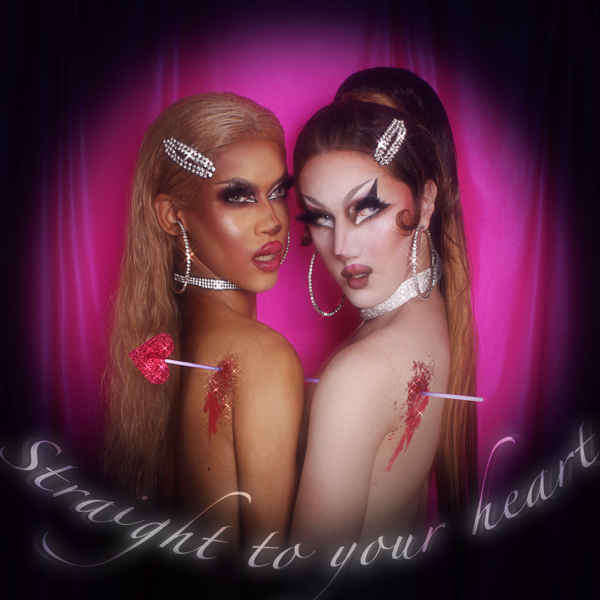 Kiara placed eighth overall in Canada’s Drag Race, where she was eliminated by Priyanka during an epic lip-sync of Celine Dion’s “I Drove All Night”, the latter of which went on to win the entire competition. Other queens from the first season have previously released music, including runner-ups Rita Baga and Scarlett BoBo. We’re interested in hearing more new music from these season-one queens as they have released songs that were performed on the show, such as “Not Sorry Aboot It” from the third episode and the final three all featured on a Queens of the North Ru-Mix of RuPaul’s “U Wear It Well”.

As for the Canadian drag queen Matante Alex, she performed on season eight of La Voix (the Canadian version of The Voice), where she got to the audition stage, but none of the four coaches turned, but that hasn’t stopped her pursuing a music career, and good for her because she’s been releasing some incredible material lately and we’re excited to hear more music from her.

According to Spotify, this song has been written by Alexandre Gemme, Dimitri Côté, Marc-André Sauvageau, Matante Alex, and Thomas Branconier. The drag queens’ vocals are on-point throughout and both versions are impressive in their own right.

Listen To The English Version Of The Matante Alex & Kiara Single, Titled “Straight To Your Heart” Here:

The chorus starts the song off giving the listeners the addicting rhythm from the get-go. They paint a story of falling for someone and wanting to be with them in every way whilst the verses focus on wanting to be in an honest and real relationship. Their vocals are pure perfection as they nail the emotion of the song which makes it even more addicting for the listeners – you won’t be able to get this out of your head! There’s also a great rap in the final verse that mixes up the pace of the song and makes you want to listen to the track again and again. What’s more, is that we have two versions of the song for double the replays.

Both “Straight To Your Heart” and “Droit sur ton coeur” by Matante Alex & Kiara are available to download and stream now, on all platforms. We cannot wait to hear more new music from these awesome drag queens.

What do you make of Matante Alex & Kiara’s new single “Straight To Your Heart” & “Droit sur ton coeur”? Let us know on Twitter @CelebMix.