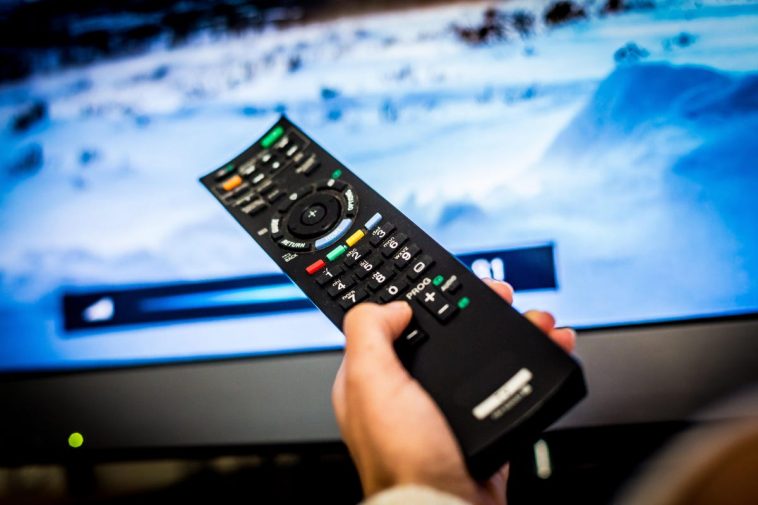 Over the years there have been many great TV shows that got the axe, some too early. We at CelebMix have decided to share some of them that we want to return. Spoilers ahead.

Season 1 of the show was based at Wallace University and focused on the Chanel (Emma Roberts) led sorority called Kappa Kappa Tau. The sisters became the target of the Red Devil serial killer who was hell bent on revenge due to events that occurred 20 years earlier. After the events that happened in the first season, the second switched locations to the C.U.R.E Institute. The institute is a hospital that the former dean of students Cathy Munsch took over, aiming to cure the incurable. Chanel and her minions once again became embroiled in a killing spree as the staff and patients became targets of the Green Meanie. After the events of this season, the Chanel’s lives took a somewhat positive turn – especially for the original who got her own show called Lovin’ the C. The last scene to air showed Chanel get into her car and on the seat next to her was a box with KKT (Kappa Kappa Tau) on. As she looked in her rearview mirror, there sat the Red Devil. With the show ending, many fans were left wondering who the new Red Devil was and what happened to Chanel. In 2020 there were reports that Ryan Murphy planned to bring the show back but since then it’s all been silent.

Class was a spin-off of the long running sci-fi series Doctor Who, created and written by Patrick Ness. The show consisted of 8 episodes in total and starred Katherine Kelly, Greg Austin, Fady Elsayed, Sophie Hopkins, Vivian Oparah and Jordan Renzo. The current incarnation at the time (Peter Capaldi) also featured in the first episode, directly connecting both shows.

The show focused on a group of sixth form students and their teacher Miss Quill (Katherine Kelly) at Coal Hill Academy who joined together to stop alien threats that entered Earth through tears in the fabric of time and space. The main antagonist of the series were the alien species known as the Shadow Kin and their leader Corakinus. The last episode featured a final showdown between the heroes and the Shadow Kin, the latter ultimately defeated by Charlie (Greg Austin). The heroes celebration didn’t last long as April (Sophie Hopkins) was now in the body of Corakinus. Elsewhere in the episode the feared Doctor Who villain the Weeping Angels returned, killing the headmistress after she was deemed unfit to serve by the governors.

A second series of the show was visioned by Patrick Ness and was to feature the home world of the Weeping Angels but the BBC decided not to renew the show. Three books were released whilst the show was airing which added more depth to some of the main characters. After the shows cancellation, Big Finish Productions began producing audio adventures with many of the original cast returning. Although we are grateful that Class lives on in other media formats, we can’t help but wish to see Patrick Ness’s vision for the second series on TV.

The show is set after the events of the last season of Pretty Little Liars and Alison DiLaurentis (Sasha Pieterse) has moved to the college town of Beacon Heights and much to her surprise, is joined there by Mona Vanderwaal (Janel Parrish). A murder takes place in the town and the main characters all become surrounded in the mystery, determined to identify the killer. The stress of trying to achieve at the prestigious college and solving the murder takes it toll on all involved. Eventually they identify someone who they think is the killer and this person is then arrested by the police.

Shortly after, they receive an invitation to the Crimson Society and are greeted by a mysterious video call from The Professor who informs them that they have been seen covering up a crime and that if they want to remain free, they must take part in an experiment. They are told phase 1 has been completed and for phase 2 they must tell The Professor what they’re worst fears are. The show ends with The Perfectionists admitting their fears to The Professor who is watching them via the colleges security cameras on a laptop in a coffee shop. I. Marlene King was hopeful that the show would return for a second season but it never did and we can’t help but wonder who this Professor was and how the Perfectionists would catch them.

Primeval was a sci-fi show based in Britain starring Douglas Henshall, Ben Miller, Andrew-Lee Potts, Hannah Spearritt, Laila Rouass and more. The show followed a team of scientists working the at ARC (Anomaly Research Centre) who investigated anomalies which were gateways to other time periods and places. Throughout the seasons, the team must deal with the consequences of what comes trough these anomalies and the effects that time travel can have. In the later series, Phillip Burton (Alexander Siddig) is funding the ARC’s activities and becomes invested in using these anomalies to change the earths magnetic pole by creating one large anomaly which will absorb the others (known as convergence) – This plan fails as the large anomaly becomes unstable. The team manage to neutralise the situation and change the future once more. As the team head out to a new anomaly their leader Matt (Ciarán) McMenamin) encounters another version of himself who tells him that he needs to go back. The ending of the show left fans wondering what happened to the future and why did the current version of Matt need to get back?

Which of these shows would you bring back from this list? What other TV shows do you think we should have included? Let us know on Twitter @CelebMix.