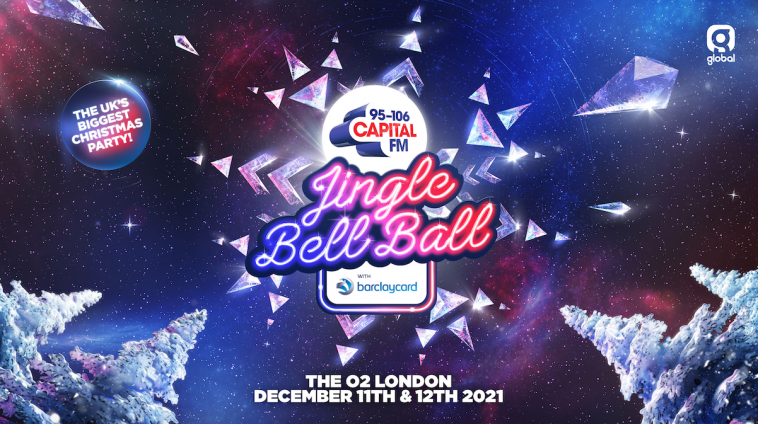 The full line up for this years Capital Jingle Bell Ball with Barclaycard has been announced, and it. is. EPIC!

Following the unveiling of the events lineup in full, fans took to Twitter to share their excitement and delight at the prospect of seeing some of their favourite musical acts all performing together on the same bill!

#CapitalJBB – How To Get Tickets!

Tickets for the two-day extravaganza – which will be the first multi-artist concert held at The O2 since the Coronavirus pandemic began – go on general sale this Friday (November 5th) at 9am and for the first time ever, are available exclusively on Global Player.

Capital VIPs who are signed up, and Barclaycard customers will get exclusive pre-sale access to tickets from this morning (Thursday, November 4th) at 9:30am.

Billed as being the UK’s “biggest Christmas party”, the 2021 Jingle Bell Ball was launched in spectacular style this week, with both Capital and Barclaycard teaming up to throw the first ever Capital Jingle Bell Ball Kick Off Party live from the Barclaycard Boat in London!

Hosted by Roman Kemp, Sian Welby and Sonny Jay, the star-studded event took place on the River Thames, where a plethora of celebrities, special guests and competition winners were treated to an exclusive DJ set from uber producer and BRIT nominee Joel Corry, as well as The Capital Weekender’s MistaJam.

Be sure to check out CelebMix later in the week for our exclusive interview with Capital Breakfast presenters Roman, Sian and Sonny who reveal to us why they believe this years Jingle Bell Ball will be the best one yet!

Let us know your thoughts on the line up for this years Capital’s Jingle Bell Ball, with Barclaycard over on Twitter @CelebMix now!