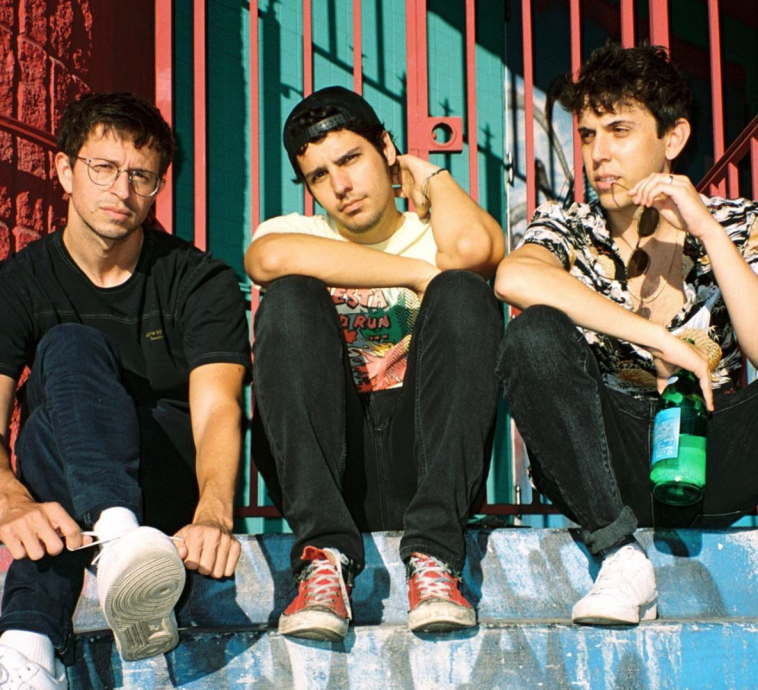 Successful producer and DJ trio, Captain Cuts, return to the music scene with a new single, “Stuck In My Head,” featuring AJ Mitchell. This electro-pop ballad connects right back to the track’s title as it will completely get stuck in your head after just one listen. This collaboration follows a few singles released this year as well as Captain Cuts’ unforgettable mark on the music industry with their track “So Close” alongside NOTD, Felix Jaehn, and Georgia Ku. In an exclusive interview with CelebMix, Captain Cuts open up about this new single, dream collaborations and more.

What can you tell us about your new track “Stuck In My Head” and its message?

The song is about reminiscing on a past love. You’re racking your brain trying to figure out where it all went wrong but no matter what you do, this person is still stuck in your head. We started that song on piano at a writing trip in Colorado in December 2019 with Jake Torrey & Tia Scola. When we got back to LA, we had our buddy Nick Henriques help us out on production and then AJ’s vocal took it to a whole new level.

How was it to work with pop-sensation AJ Mitchell for that song?

AJ is a legend. He’s so chill and humble and funny…but you put him on the mic and he’s a literal superstar. After he recorded the main vocals for “Stuck In My Head,” we played the whole song a few times and recorded him going crazy on ad libs. Every ad lib he sang was off the top of his head in the booth and we used almost every single one of them.

Speaking of collaborations, who else would you like to work with or write/produce for in the future?

The Beatles! No but seriously, Sir Paul and Ringo. If they’re doing features!

Your song “So Close” completely blew up on streaming platforms! What is it like to see one of your tracks be loved and supported by millions?

That one is so fun because we got to make it with our friends Georgia Ku, Felix Jaehn and NOTD. All A+ people. We always believed in that song and we’re so proud of everything it’s done. When your mom tells you she heard it in the supermarket, you know you’ve made it. That’s the true test.

Has the current pandemic impacted how you have been creating and releasing music this year?

It’s been a change for sure. I think we’ve all learned how to adjust to the new normal. We’re doing writing sessions over Zoom and for Captain Cuts, we always have 5-10 songs in various stages of completion. We definitely miss DJing and seeing a crowd react to a new song on the dance floor. But this “inside time” has been good to focus on our new sound and we’re stoked [to see] what 2021 looks like for Captain Cuts.

What can fans and listeners look forward to in the near or distant future?

2021 is gonna be FIRE/FLAMEZ/ENFUEGO! We’ve always liked jumping back and forth between the harder-hitting house songs that work in the club (like “Heat” & “Do You Think About Me”) and the more radio-friendly dance pop songs (like “So Close” & “Stuck In My Head”). And 2021 will be no different!

Listen to “Stuck In My Head” here.