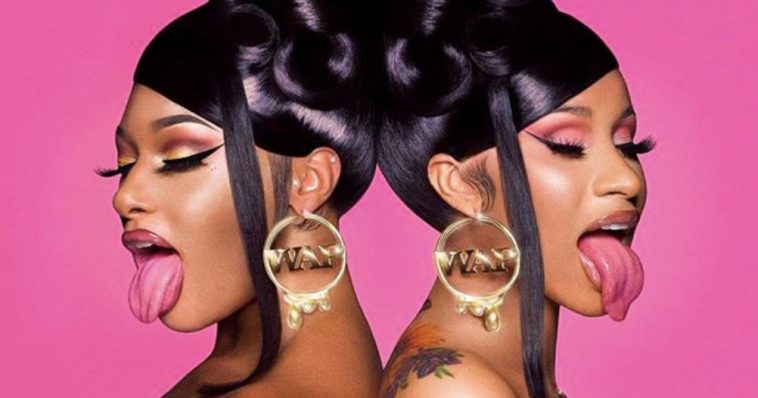 Rap superstars Cardi B and Megan Thee Stallion have teamed up for the NSFW single ‘WAP’.

Produced by Ayo & Keyz, ‘WAP’ is Cardi B’s first single of 2020 and the latest in string of releases from Megan. The raunchy track comes with an equally outrageous music video which was directed by Colin Tilley (although the track is so explicit, that a censored version has been included in the video).

Featuring an all-female cast, including cameos from Normani, Kylie Jenner, Rosalía, Mulatto, Rubi Rose, and Sukihana, the visual takes place in a colourful mansion with plenty of twerking, tigers, snakes, and Cardi and Meg serving some unreal looks.

Speaking about the cameos in the video, Cardi told New Music Daily on Apple Music: “I wanted a lot of different females, not just female rappers. I wanted different… A lot of different people. And y’all going to see it on the music video as well, from models to influencers and everything. And I really wanted the video to be very sexy, very clean, very nice, very cut.”

Watch the visual for ‘WAP’ below.

‘WAP’ marks the beginning of a new era for Cardi B, who recently teased that new music was on its way. This is her first solo track in over a year, with her last release being ‘Press’ which was released in May 2019.

Fans are patiently awaiting the follow up to her GRAMMY-winning debut album Invasion of Privacy, and we hope it won’t be much longer before Cardi shakes up the industry once more with her music.

‘WAP’ is available now on all streaming services.