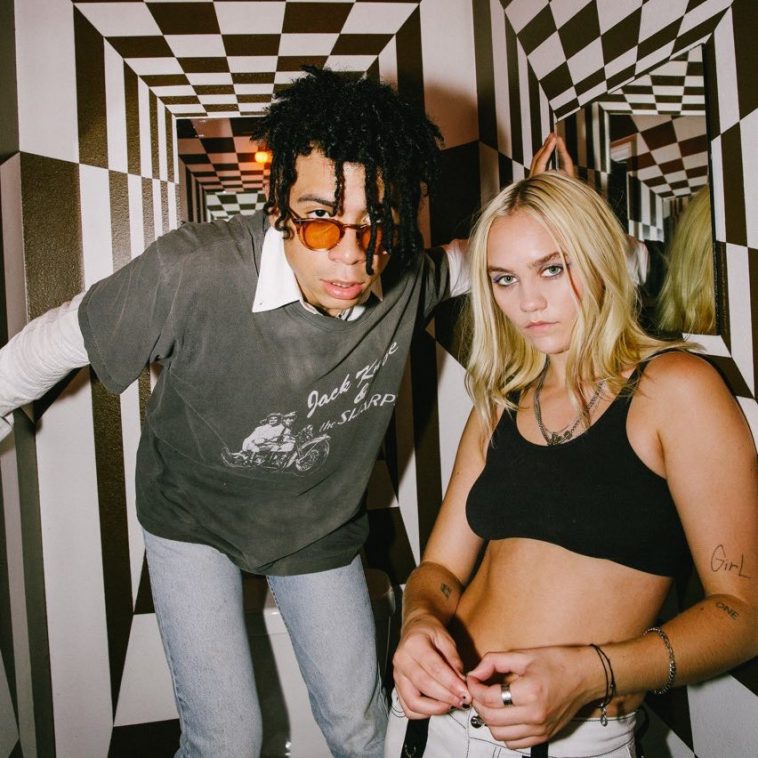 American alt-pop artist Carlie Hanson is back with her latest single ‘Ego’, which sees her join forces with Puerto Rican-American rapper, singer and songwriter Iann Dior.

Written by Tim Randolph, Imad Royal, Dior, Hanson, and Blaise Railey, with production from Randolph and Royal, ‘Ego’ is a gritty, unapologetic and genre-bending offering which showcases Carlie at her most confident.

“Sit down, let my ego speak,” she sings, as the melody drifts from being dark and grungy to light and reflective, playing on the emotive nature of the song. Iann’s rap verse perfectly complements the song’s message, adding another dimension to the hypnotic and experimental offering.

Speaking about the inspiration behind the track, Carlie said “I hope that anybody who hears ‘Ego’ feels empowered. The line ‘10 11 13 F— COP’ comes from a place of anger towards authority. We, as a society, cannot ignore what is happening in our world every. single. day. From police brutality, to corrupt leaders, to the inequality that many people face in their everyday lives. We need to stand up for ourselves and for other people and be loud as f+++ as it seems to be the only thing that works!   Sit down, so we can speak up for ourselves, so we can be heard.”

On working with Iann, she added, “I’m a massive fan of Iann Dior and felt that he would totally get this song and the energy. I’m so excited to finally release our baby. I hope we can inspire others to fight for the change they want to see in the world.”

Watch the official visualiser for ‘Ego’ below.

‘Ego’ is Carlie’s latest track, following on from the 2020 releases including ‘Good Enough’, ‘Stealing All My Friends’, and ‘Daze Inn’. Having already received wide-spread acclaim from tastemakers, Carlie continues to prove her incomparable gift for songwriting and tackling relatable issues with a sense of maturity which is wise beyond her young years.

Over the past few years, Carlie has partly built up her fanbase through performing and has toured with the likes of Troye Sivan and YUNGBLUD. She was also named a VEVO DSCVR artist and has superstar fans including Taylor Swift and Demi Lovato. The songstress also created huge waves in the industry with her 2019 EP Junk, and with a new seven-track EP called DestroyDestroyDestroyDestroy due for release on October 23, there’s no doubt that Carlie Hanson will continue her impressive rise to the top.

What do you think of Carlie Hanson and Iann Dior’s collaboration? Let us know your thoughts on ‘Ego’ on Twitter @CelebMix