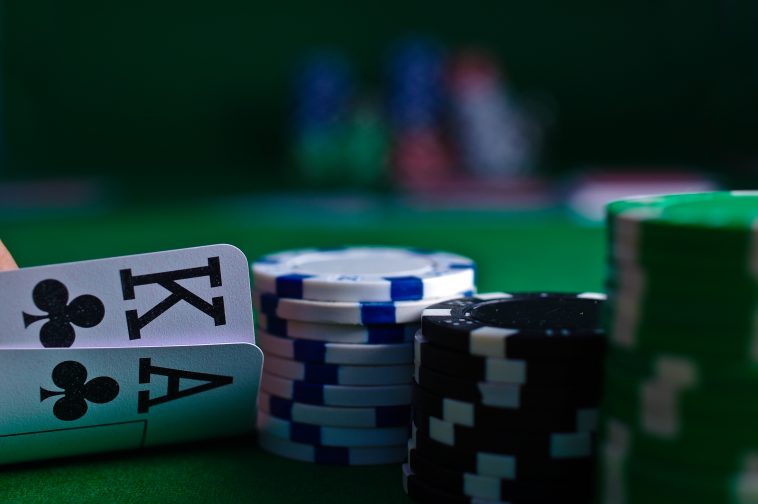 Casino-themed movies are always interesting to watch because of how tense they can be. It’s good for any genre of movie – whether it’s for action, suspense, crime, and even comedy. It’s no wonder why many films have been set in the world of casinos.

If you’re a gambler yourself, it’s simply fun to see what stories can be told inside a casino.  Especially these days when online casino gaming has started to gain more popularity. When you visit land casinos, you’re likely to meet interesting people with many stories to tell about their gambling ventures.

It’s not like people who play on sites listed on casinowhizz.com has no interesting stories to tell. It’s just different to meet people at casinos and imagine what their stories are like. Thankfully, you don’t have to be that oddball asking every gambler on the casino floor about their gambling experiences.

There are plenty of casino movies you can watch to satisfy that curiosity. And since there are so many of them, we’re here to let you know which ones are worth your time. No loss is guaranteed here. Just pure thrill and excitement of casino movies that you should dare not miss.

We’re starting this list off with a casino-themed movie you should already have seen by now. Oceans Eleven was released in 2001 that features some of the biggest stars in Hollywood like George Clooney, Bernie Mac, Brad Pitt, Matt Damon, and Julia Roberts.

This is a casino heist comedy film directed by Steven Soderbergh and is the remake of the 1960 film Ocean’s 11. The main characters of the film are Clooney as Danny Ocean and Pitt as Rusty Ryan.

They are friends who planned a heist of a casino owned by Andy Garcia’s character, Terry Benedict who is the lover of Roberts’ character, Tess. If you’re all about that drama while having a heist set into motion, this is a film for you.

This movie became a huge hit that it became the fifth highest-grossing film of 2001. It was also followed by two sequels, Ocean’s Twelve released in 2004, and Oceans Thirteen in 2007. A spin-off with an all-female cast was also released in 2018 called Ocean’s 8.

We’re talking about The Gambler which was released in 1974 and a crime drama film that follows James Caan’s character, Axel Field throughout his dilemma revolving around his gambling addiction. This was written by James Toback and Lauren Hutton. Thanks to this film, Caan also got nominated for a Golden Globe.

We had to clarify that we are talking about the 1974 version because, in 2014, Paramount Pictures remade the film starring Mark Wahlberg with the same title.

Well, it’s always up for debate if the original is better than the remake, so the best that you can do is watch both. Still, this classic from 1974 is a good watch because it shows how casinos are back then when it’s usually attributed to luxurious lifestyles.

Another good watch, especially if you enjoy playing Blackjack is the 2008 film from Columbia Pictures, 21. This movie stars Jim Sturgess, Kate Bosworth, Laurence Fishburne, and Kevin Spacey. It’s interesting to watch because the film is inspired by real events.

It is based on the story of the MIT Blackjack team’s success that was based on counting cards. In this film, you’ll get a glimpse of how they played at casinos while making sure no one notices what they were doing. Well, watch the film to find out how this ended up for them.

This is also a film that we’ll tag under the “You Should’ve Seen this By Now” category. Who doesn’t enjoy a good old 007 film? This is the third screen adaptation of the James Bond novel and it stars Daniel Craig as Bond.

This is another James Bond mission where he tries to stop a bad guy from financing terrorist organizations. Eventually, Bond will have to defeat a private banker in a game of poker at the Casino Royale in Montenegro.

Whether that went well for him, you’ll have to find out for yourself. However, we do suggest that you watch the prior James Bond films if you haven’t yet. This way, you get to understand more about our favorite spy before he gets involved in the whole gambling mess.

If you want to watch something recently, then go for Uncut Gems which was released in 2019. However, it somehow became more popular in 2020 because it was when it was internationally released on Netflix and streamed in the US.

The film stars Adam Sandler, and no, it’s not a comedy. It’s more of a crime thriller film where you follow another gambling addict to fix his problems. Sandler’s character is a jeweler who has gambling problems and owes angry people.

To take care of that, he had to find a way to steal an expensive gem he purchased to pay off his previous debts. We guarantee you that this is another Adam Sandler film you should watch if you want to see him in quite a serious role.