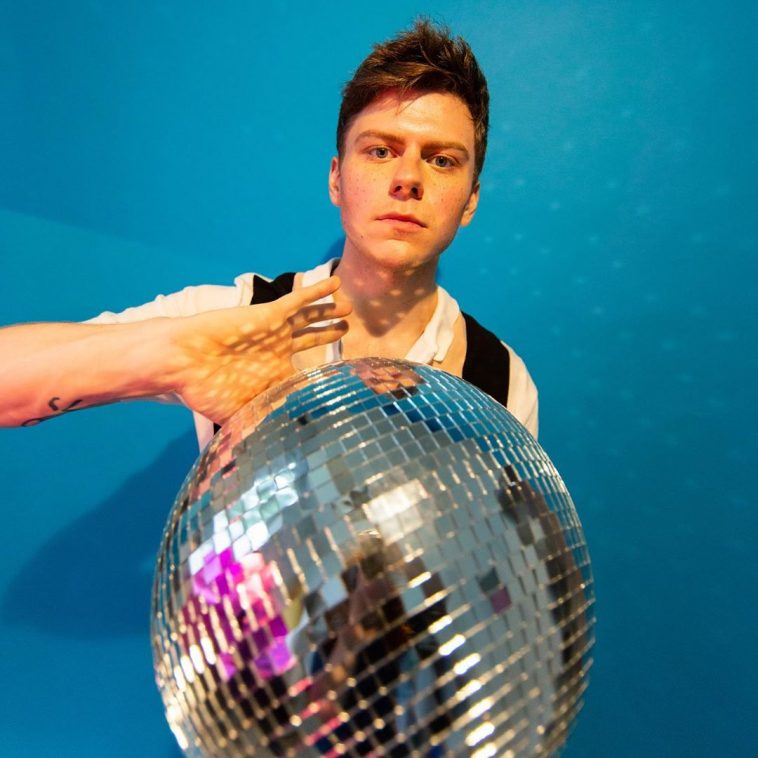 “All things considered, I’m actually okay,” Nashville native Chaz Cardigan expresses to CelebMix at the top of our chat about his brand new EP, but a little bit on that later on. “Pandemia is weird, but I’ve had a lot of time to reflect and to be grateful. Meditation and friends are keeping me sane.”

“[…] I would say I feel more secure in myself and what I’m trying to say creatively,” he expresses on how he is doing in the current climate. “I made ‘Vulnerabilia’ [his debut release] in my bedroom before I signed my record deal, and everything since then has been released during quarantine.” Without live shows, so much of how Chaz makes music is done out of his hands. It’s actually pretty liberating for him per se; the only thing Chaz can control is whether or not he is making the art that he wants to make. That’s made him a bit more upfront and unafraid.

As a whole, Chaz’s new EP ‘Holograma’ is about taking some agency in your life and making actual decisions; being here, now, and not in the past or the future. Chaz explains: “I wrote it with everything in my life changing as I signed my record deals and was travelling more often. Everything in flux”.

I don’t really believe in stability, I’m not sure that it’s possible, and I don’t think I want anything to just “stay” like it is, y’know? ‘Holograma’ is about changing with changes, swimming in the mercury river.

Chaz Cardigan on his debut album

“I’m really proud of how I made the EP, especially getting two record labels involved in the creation process; I was given a lot of autonomy and breathing room,” Chaz continues in our chat.

Going into detail on the creative process of the album, Chaz tells CelebMix that his singles “Everything’s Wrong” and “Let It Rest” came first, with Julian Dente. Chaz felt pretty comfortable exploring different sounds with him than what Chaz tried on ‘Vulnerabilia’. Chaz and Julian found some cool ways to push Chaz’s comfort zone and keep the emotional core; so those two songs always framed what Chaz knew would be an album.

From there, Chaz wrote back-and-forth between Los Angeles and Nashville a lot in 2019, and everything on ‘Holograma’ was written in these crazy month-long writing marathons Chaz would do where he’d be in a new room with new people every day pumping songs out. “That’s songwriting in general; I’d done the same process on ‘Vulnerabilia’, but at the end of it I took that handful of songs and produced them in my bedroom,” Chaz reveals. “With this EP, I mostly trusted other producers like ROBOPOP, Christian Fiore, and Simon Oscroft.” In fact, Chaz did four songs with Simon, so his production ties everything together aesthetically.

Every one of the songs on the release are about an idea or a relationship in Chaz’s life shifting— seeing things in new light, looking back on memories and re-contextualizing them.

“It’s all specific to me: “Losing Touch” is about falling out with my childhood best friend; “Kamikaze” is about feeling like I’m a hack who doesn’t deserve the good things I have; “Room” and “Change Your Mind” are about the first person I fell in love with, and having to sort of sneak around a small town together with these huge emotions; “Middle Of The Road” is me wanting to get out of that town and go be a real person; “Jesus Christ I’m Lonely” is me trying to reconcile how I feel about Jesus and why I don’t feel connected to a religion I was raised in. I wanted to really dig in and tell stories with these songs.

Dropping singles every few months is all about keeping up with how quickly streaming moves; I love focusing on bodies of work, playing in the sandbox and trying to really say something across a group of songs.

Chaz Cardigan on why he wanted to release his EP

Additionally, Chaz went back and forth between whether this was an EP or a full-length [album] a few times, but he thinks there’s just enough on ‘Holograma’ to say what he wanted to and to not have any filler.

“I was finishing the EP right before the pandemic, and there were a lot of conversations about whether it was worth releasing this year,” Chaz continues. “Releasing right now is such a shot in the dark without the option to tour, but I had also just taken “Not OK!” to radio right as COVID-19 exploded; I didn’t have the option to just sit at home and not follow it up if I ever want to play shows again.”

Some A-listers have said that putting music out right now is a distraction, or it’s useless with the state of the world — Chaz is not a big enough artist that his releases take focus off of social issues, and he goes out of his way to talk about politics every day on social media. Adam Levine is going to be okay when this is all said and done whether he puts a song out this year or not. Chaz on the other hand, has got a millisecond to make people care before The Algorithm moves on, and as he has been livestreaming and talking to fans this year, Chaz has really just found that people want music and they want it to be about something.

Chaz on his songs he would recommend to listeners: “Change Your Mind” is probably the most immediate ‘pop’ song; “Let It Rest” is the closest to the kind of music I listen to when I’m not writing; and “Jesus Christ I’m Lonely” is the most personal song I’ve ever written, it’s also the one track on the EP that I produced and played everything on, so it sort of carries that DIY torch from the last records.

“Things have to get better,” expresses to CelebMix. “Everybody’s distant; from ourselves, our relationships, what we actually believe.” “Make America Great Again”, Brexit, Marine Le Penne, Bolsonaro — there’s a lot of living in the past. A lot of searching for boogeymen to put the blame on. And you can actually do something about it: you, Chaz, we all have the option to be here, now. “To unlearn, to change the narrative, to look at things for what they are and not what you’re imagining them to be. You can do it, but you have to do it,” Chaz adds.

At the moment Chaz is finishing another body of work. “Until touring is an option again all I can do is keep making music, and I’ve been writing a lot in quarantine,” Chaz concludes in our chat.