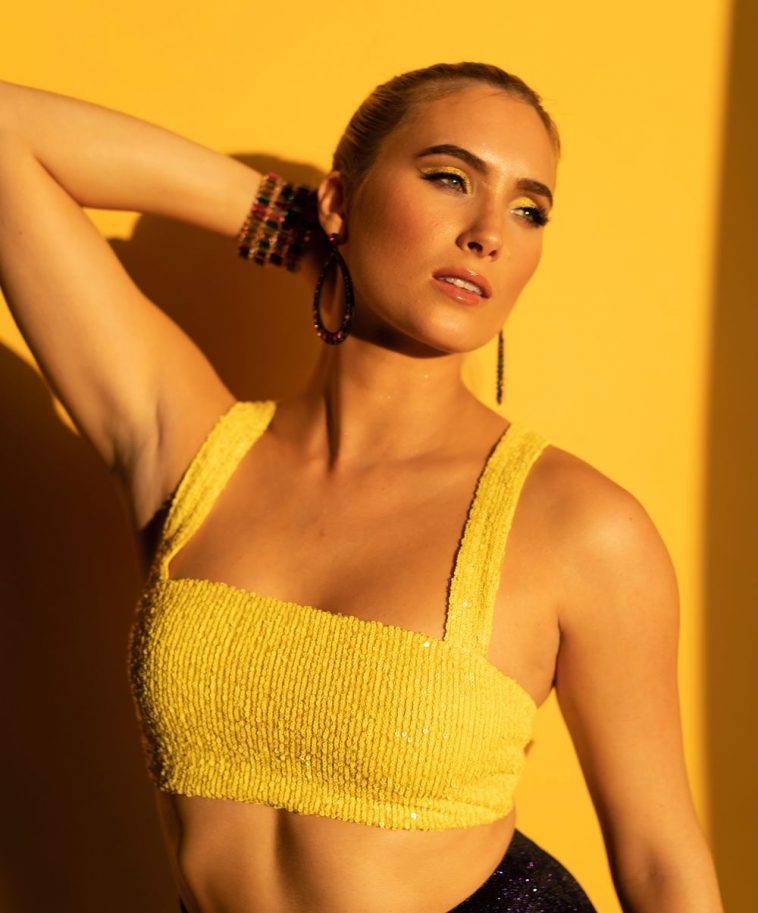 JULIANA. is a pop singer and songwriter born and based in Los Angeles, California. She has been singing since she was a little girl and released her debut single at the end of 2020.

“I write all my songs based off personal experiences I’m currently going through and my hope is to instill strength and acceptance in my fans through my sound and lyrics,” JULIANA tells CelebMix. “The name JULIANA. is actually my birth name, but I wanted to make sure I stayed true to my identity as a musician and songwriter, which is exactly why I decided to also use it as my stage name.”

JULIANA is someone who has lived a lot of life and experienced many trials that have made her a stronger, more empowered person, which is exactly what she wants people to feel when they listen to her music.

So far, I’ve been great! I’ve released 2 songs with accompanying music videos in 2021, so it’s off to a busy, but exciting start.

“I’m excited to see what else the year holds and I can’t wait to release more music SOON,” JULIANA. continues in our chat.

JULIANA.’s “Mixed Signals” happens to be one of her favorite songs so far and it has a bit of a different feel to it than her previous tracks, specifically with the production, so it was an exciting moment for her when she was able to release it to the world.

“Mixed Signals” is about feeling confusion in a relationship, or rather a ‘situationship’, and finally coming to terms with the fact that you’re too good for that and you deserve someone who is able to communicate and be honest with you.

“As an artist, I always want to express strength and self-love in my lyrics and production, and the entire f-you mentality of this track hopefully does just that,” JULIANA. expresses. “This song is meant to relay feelings of confidence and acceptance and remind people listening that you are too good for mixed signals!!”

If anything, this song expresses JULIANA.’s story line even more now since the production is strong and intense, which is exactly how she felt when she wrote it.

JULIANA. originally wrote this song with her acoustic guitar on her couch in her apartment while she was on edge about a guy who was giving her mixed signals (hence the title of the song).

“It all happened so fast and naturally,” JULIANA. says. “It was meant to get out since I was clearly bottling up these feelings for a while.”

In fact, JULIANA. wrote the entire song in under an hour and then took it to two friends of hers who are talented producers.

I thought they would be perfect for this track. We then collaborated together on what we thought the sound should be and never looked back!

JULIANA. on the creative process of “Mixed Signals”.

The music video for “Mixed Signals” is meant to express a form of confusion with the choppy edits and the drastically different lighting/wardrobe colors. Mixed Signals, to JULIANA. means pure chaos and disorientation, which is what she, and her team, wanted the music video to resemble.

“We played around with the theme of color and how it expresses different emotions,” JULIANA. reveals on the visual process of the song. “We specifically chose colors that can overall express a form of empowerment and contentment to show that I am worthy and better than mixed signals.”

JULIANA.’s life directly influenced this song – in the way she actually writes all of her music, which is based off personal experiences she has going through, because for JULIANA., music is a form of therapy and an expressive outlet that allows her to gain closure on particular feelings she may have been bottling up. Every time JULIANA. writes a new song, she feels like a weight is lifted, and this song was no different.

“I hope anyone listening to “Mixed Signals” is reminded that you deserve love, respect, and communication, and if someone is giving you anything less than 100%, then they’re not worth your time or energy. You are worthy, and don’t ever forget it,” JULIANA. expresses.

Coming up soon JULIANA. will be releasing a remix to one of her songs on Wednesday, March 24th and she cannot wait! JULIANA. adds, “After that, I will be releasing new singles monthly moving forward so definitely keep an eye out!”

In addition to releasing new music monthly, JULIANA. hopes that in 2021, she is able to perform for people live! “I can’t wait to see everyone’s beautiful faces in person,” JULIANA. concludes in our chat.