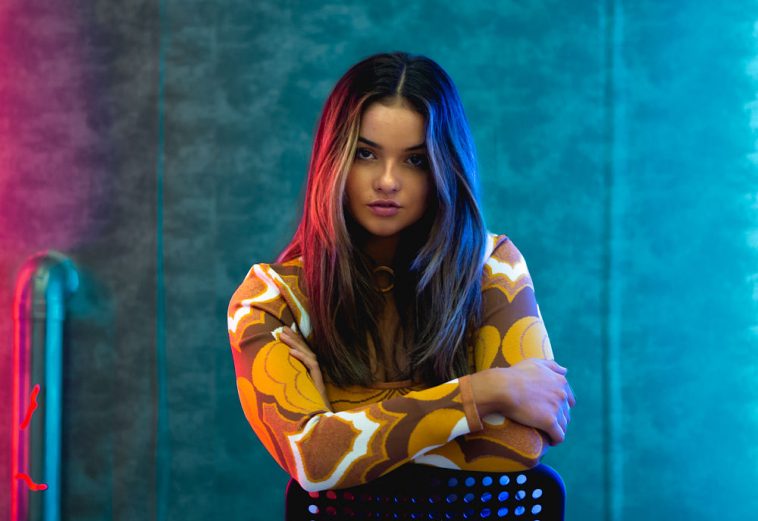 Jess Ball is a singer-songwriter out of Melbourne, Australia, and she is the type of artist thas has always loved music, specifically the adrenaline she gets from performing. In fact, she couldn’t imagine doing anything else.

2021 has been quite an exciting time for Jess as she has used this hear to release some cool releases with amazing artists such as EDX. “It’s been so surreal working with him for the second time as I always used to listen to his music growing up,” EDX says on her time working with EDX. “I also released my first solo single last Friday which is something I’ve been waiting to do for a while.”

Jess recently released her debut solo single, ‘Upside Down’, a song that is about gaslighting and the people who refuse to acknowledge the good in others for their own benefit.

“A person should never feel like they must compromise their own accomplishments in order to make other people feel comfortable with themselves,” Jess tells CelebMix. “The title “Upside down” represents this behavior of manipulation and pushing people around, and essentially turning the truth upside down.”

“Yes, it does. I believe the message has not been forgotten in the creative process and if anything, has been amplified.”

Jess Ball on ‘Upside Down’

When it comes to the production process for this song it was much the same as to how Jess and her team created previous material. In fact, Jess wrote this song in the studio, recorded it that same day, however, then when the Australian record label showed interest in it, it became more of a project.

“We started to get more creative and really nut out ideas for the song,” Jess says. “For example, we did a photo shoot for the single with old TVs in the background- sort of related to stranger things and the weird alien ‘upside down’ world they talk about in the show.”

This was a nice parallel for Jess, as it compares humans to aliens and how strange their behaviors can be.

When it comes to how Jess writes songs, she always likes to base them on something that has actually happened to her in life, but additionally exaggerates and enhances the lyrics. The stories in Jess’s songs are a mixture of reality and fiction. With this song, though, Jess actually based it around the feeling she gets when people accuse her of doing something she never did. This song, specifically shows themes of a singular person when it’s actually a lot broader than that in context.

“Though it sounds like it, I do actually want people to trust in themselves and to stop people from taking advantage of them in an attempt to turn the truth ‘upside down’,” Jess says. “We have a lot of songs in the pipeline, some collaborations, and some more solo projects. I’m super excited to share them with everyone!”