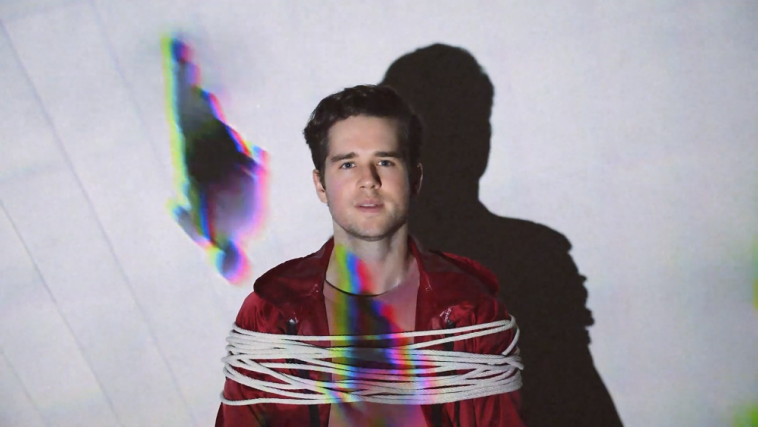 Clo Sur’s “One More Time” is about the exhaustion that comes with constantly giving yourself to a one-sided relationship.

“I think everyone knows what it’s like to feel used and powerless and the song exists in that place of trying to take back control by drawing a hard line,” he says on the song.

The track is the first in what will be a series of singles to be released in the months ahead.

Clo Sur has been writing songs for years but it was difficult to find someone he could work on track production with, and who could capture the sound he was looking for.

I wanted an edge of aggression and grit and the background to be full of a really complex atmosphere.

“There are so many degrees of genre within alt-pop and I needed someone who could capture the sound I was hearing in my head while writing,” he continues.

In 2019, Clo Sur met a producer online named Solo Ray and they started working together. Clo Sur wrote a song, demo the vocal and main instrument and he’d build the supporting track.

“We have really similar tastes and he’s good at creating unique sounds,” Clo Sur adds. “After working through a couple of songs with Solo, I knew I had found the right person to collaborate with moving forward.”

Interestingly, the Southern California-based Clo Sur and Montana-based Solo never met in person throughout the entire process of recording, with all songs being completed over phone and text.

In describing the music, which is driven by emotional lyrics and intimate and warm pop vocals, Clo Sur states, “I really want these songs to still sound fresh ten years from now. Solo and I try to make sure the production feels modern but doesn’t lean too heavily towards current pop production trends.”

Additionally, there are synths and samples that can make a song sound super dated the following year, so Clo Sure thinks it’s first important to have the songwriting really defined.

“I like to have a main instrument like piano or guitar at the center of the mix supporting the vocal,” he continues. “I think it grounds the song and makes it timeless. If a song I write can’t carry itself on its own, it’s not worth adding full production, and every song I release has to start from that principle. The supporting production will vary based on what I think a specific song is calling for.”