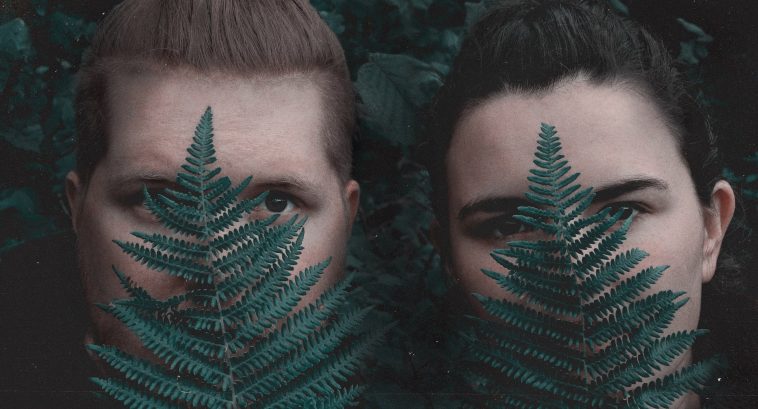 Firewoodisland is a duo out of Norway comprising Stian and Abi. Together though, they make their own unique sound, titled “Mountain Pop”. “The music is an overflow of our creativity,” the duo tell CelebMix in our chat about their new release, “which we can’t keep in… we would erupt volcanic style.” At the end of the day, Firewoodisland stand for community, hope where it feels hopeless, and beauty that is often overlooked.

“It’s been a really weird time, hasn’t it!?” Stian and Abi express on how they are doing in the current cliamte. Firewoodisland are actually doing pretty okay all things considered. “We’ve been really productive writing new songs, recording and producing,” the duo reveal on their time in isolation. It has been a good time for Firewoodisland to focus on boring things like stats and online presence (Stian secretly loves stats). Abi has been painting too, while Stian has started a couple of instrumental music projects, and they have both been gardening, walking and foraging. “But we have REALLY missed playing live,” they admit to CelebMix. “We had our first show at the start of the month and it was such a pleasure to play to a real socially distanced audience again.”

Speaking to CelebMix on the release of their new single, which is actually a cover of Alphaville’s classic ‘Forever Young’, the duo reveal that they have always wanted to do their own take on a well-known song. “When Warner UK got in touch with us about collaborating on a cover release, the song choice was obvious,” they reveal. ‘Forever Young’ was one of the most played road trips tunes from Stian’s childhood memories. And talking about a time of real uncertainty, the Cold War, it mirrors the time we are going through in 2020. “Our hope was to make a beautiful,” Firewoodisland explain, “[and] heartfelt Firewoodisland rendition, while still respecting the original melodies and lyrics. Hopefully, we’ve done it justice.”

Right at the very start of lockdown Firewoodisland threw savings at a Yamaha U1 upright piano in white (important detail), because they knew that they were about to embark on a lot of time stuck in the house. “It was going to happen later in the year when we could afford it,” they explain on the purchase and creative process of the cover, “but thankfully PRS came to our rescue with a surprise payment (love you PRS).” Once Firewoodisland got vocals and piano down, they immediately knew it was missing the cinematic element, and this was when they got in touch with their good buddy Simon Walker, the cellist. “Synths, bass and other programming came next,” they continue, “all done at Fierwoodisland HQ.” The trumpet was the last touch and Firewoodisland had a song they were excited to share with the world. In fact, part of the creative process for Firewoodisland always is the artwork, as Abi is also their illustrator.

Fierwoodisland are currently working on an acoustic EP with new and old Firewoodisland songs, completely stripped back and vulnerable. “In between this we have also been writing and recording for a future album,” they reveal to CelebMix, “and will likely be releasing our first single from that later in the year.” Hopefully Fierwoodisland will also have some new music, live and lyric videos coming out alongside these projects as part of the release. “Time will tell. Rest assured, we are working!”