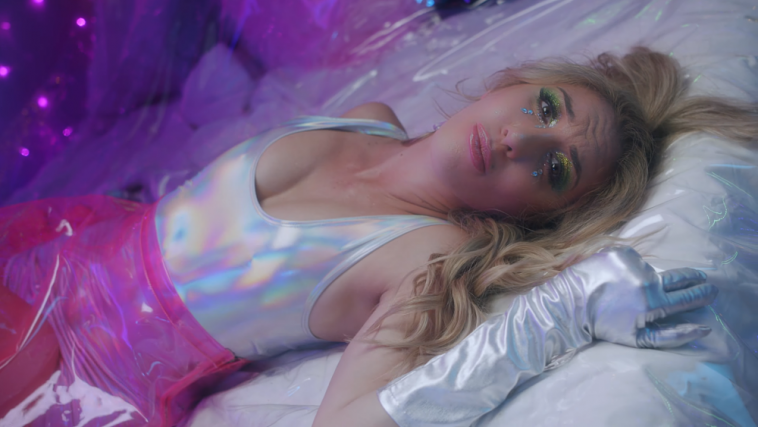 Bringing together the two worlds of The Funklabb (comprised of Ed Lawson and Wes Davis) & Myah Marie, the triple threat have come together to explore the world of pop with the use of their individual expertise to showcase not only a finally tuned machine, but also a visually and audibly pleasing offering.

On the track, Myah Marie – who is best known for her background vocals on many Britney Spears songs including “Work Bitch” and “Hold It Against Me” – showcases how she is about to test the limits of her inner self and brazenly flirts with danger over an exotic underlay beat.

Produced by The Funklabb, “Mama Said No” officially launches the powerhouse duo from out of behind the scenes and directly into the spotlight.

This addictive track will not only get stuck in your head, but it will have you moving in no time, and you’ll find yourself singing it for days!

Not only is this is a great combination from all involved, but the production of Funklabb and the overall presentation of Myah’s act is a nice touch to an already aesthetically pleasing party anthem.

“I was inspired by the track- first of all! The track leaned towards a sexy feel with a little dangerous attitude.

“So, I went from there and pulled from some experiences that I maybe felt I was walking on the edge with/ flirting with disaster, but it’s too good to give up,” Myah explains. “So, you don’t really care what anyone says. ‘Mama’ doesn’t necessarily mean my mom, it’s more of a ‘NO’ my inner self who knows I should know better.

“We decided to release “Mama said No” first to introduce The Funklabb to the world with a song that not only makes you want to move your body but has depth musically, lyrically and definitely vocally,” Wes Davis of The Funklabb expresses. “The track is very dramatic, it rises, falls and, drives in different sections and Myah wrote a song that complements that structure perfectly and is catchy as hell! We loved it instantly.”

This track was made about two years before The Funklabb decided to forward it to Myah. After hearing, and feeling what Myah put down on the first two tracks, they did together, the duo knew Myah had the missing piece on a track like ‘Mama Said No.’