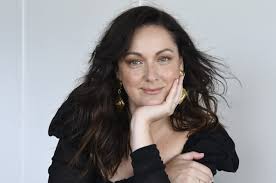 Celeste Barber is the first recipient for 2020 of the prestigious Cybersmiler of the Month award from our friends over at Cybersmile.

Australian comedian Celeste decided to put together a fundraiser to support the New South Wales Rural Fire Service who have been tackling the absolutely devastating fires that have been sweeping across Australia.

Taking to Facebook Celeste encouraged her followers to give their support and contribute in any way they can to help firefighters and people on the ground.

In total, more than $34 million in donations have been raised ($51 million AUD) for the New South Wales Rural Fire Service – a government-funded agency that is made up of volunteers – and the Brigades Donations Fund, which distributes charitable donations directly to fire brigades. Over 1.2 million people donated and over $1000 a second was pledged.

Funds raised will support Australia’s recovery efforts and help firefighters and volunteers on the ground take care of wildlife displaced by the sheer scale of the fires across the country, as well as support the families who have lost homes and possessions.

You can find out more about Cybersmile and the amazing work they do in tackling cyberbullying here.